Ancient Wonder of the World – The Mausoleum at Halicarnassus

The one of two reasons why we visited Bodrum in Turkey was to visit the site of the Mausoleum of Maussollos at Halicarnassus – as it is Number 29 on my 40 Things to Do Before 40 List. This ancient Wonder of the World was built in 351 BCE and rose to around 135 feet high. Its status as one of the seven wonders of the ancient world doesn’t derive from its size or strength, but because of the intricacies of the sculpture reliefs it had to adorn its four walls. The building was designed by Greek architects and four leading sculptors who were responsible for each side. There were 36 columns and 10-foot statues of Greeks battling Amazons, marble chariots and step pyramids leading to the pinnacle of the structure. Some of these pieces of art have survived today but it was damaged over time by a number of earthquakes before being totally destroyed and ransacked in 1494 by European Crusaders. 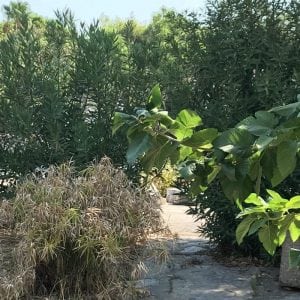 Knowing that there wouldn’t be much to see, I decided to combine our visit to the site with a fun actvity for the girls (and yes! Liam too). We arranged to met up Berat from Aegean Gingers and instead of walking around Bodrum we rode segways! It was such fun and a great way to visit the Mausoleum site and see many of the other landmarks of Bodrum. The tour was an hour and a half but flew by and I have to thank Berat for being such a good teacher on how to ride the segways as Bailey was quite unsure in the beginning but you would never have guessed that at the end! 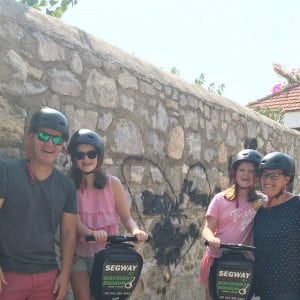 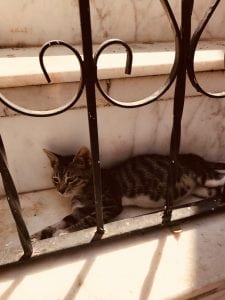 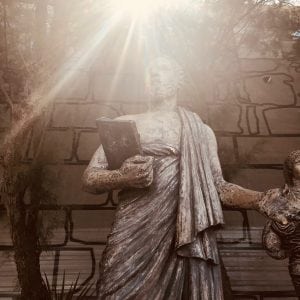 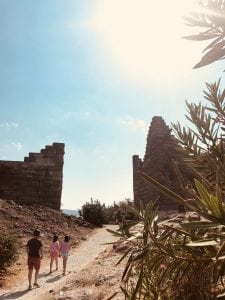 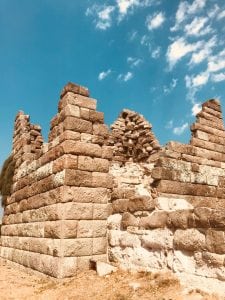