And the Oscar Goes To

On Friday night, we had a mini Oscars party for the girls as they were having a sleepover; but largely I wanted to make use of my new red linen tablecloth as I had forgot to use it for Valentine’s Day! Here are a few fun details I did for the party:

My favourite idea and probably the easiest and cheapest was making the white HOLLYWOOD banner. I remembered my friend had cut out white letters for HOLLYWOOD garden stakes a few years ago for her daughter’s Oscar party and what a clever idea it was. Here I just halved white paper and free hand drew the letters with a black marker. Then cut them out and pegged them to some twine. With thE little addition of some stars in red and white paper I have to say that this backdrop and banner is totally worthy of an Oscar! 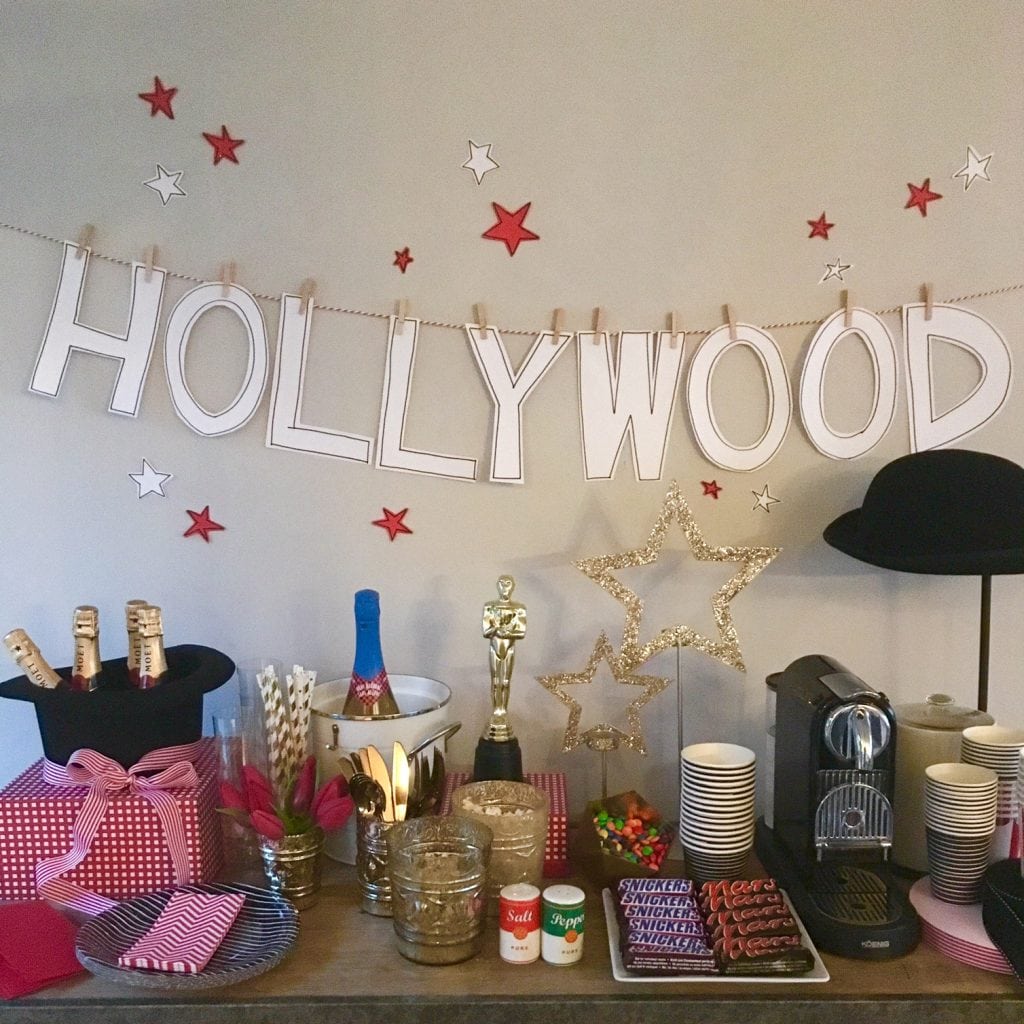 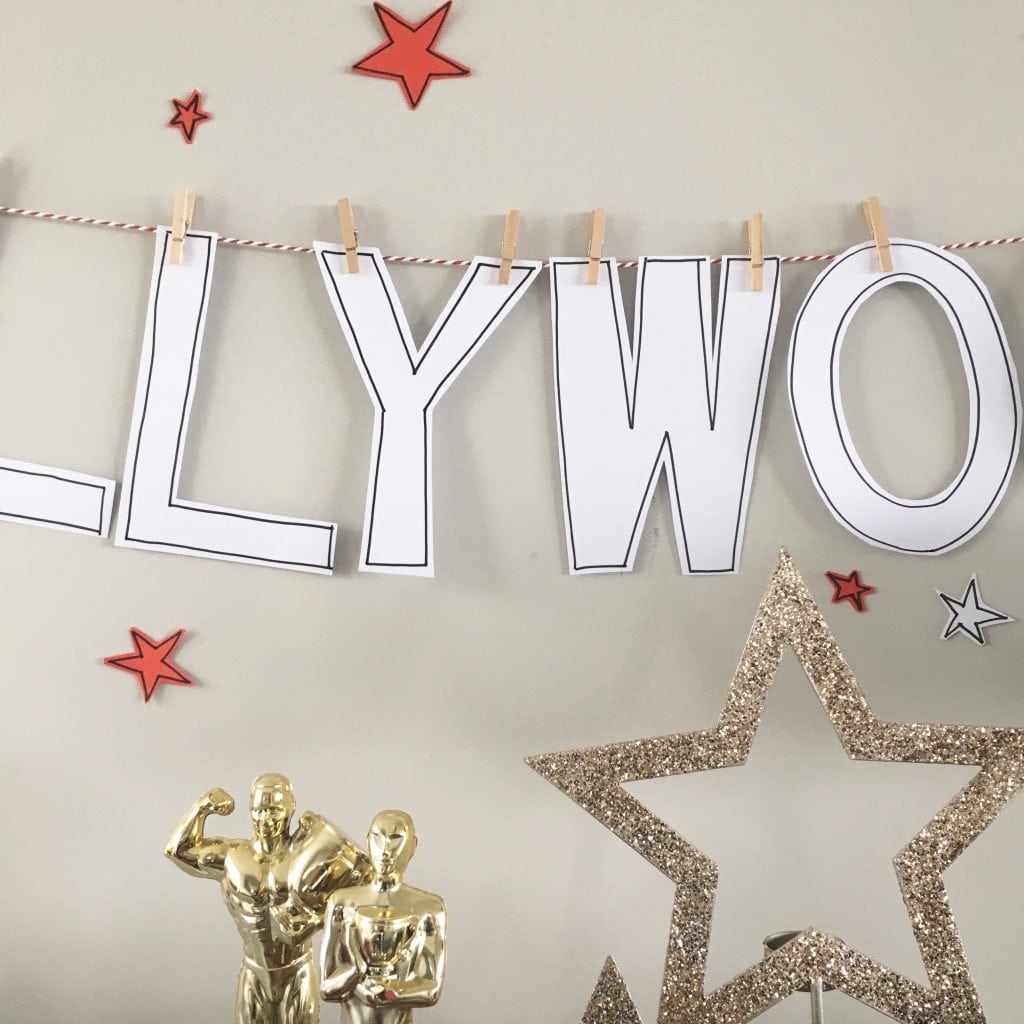 The table centrepieces were really just goodies I have: gold mercury vases, gold stars, different kinds of cameras, a “fake” Oscar statue which actually lives in my Guest Loo! and some red and white tulips I bought frm COOP. 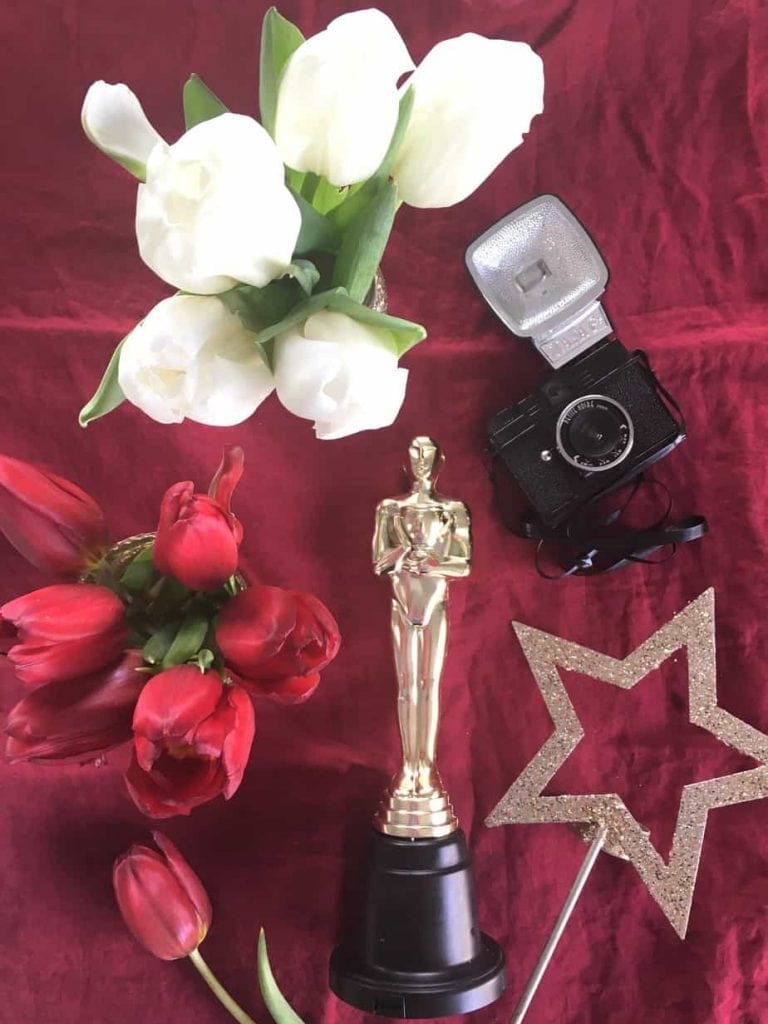 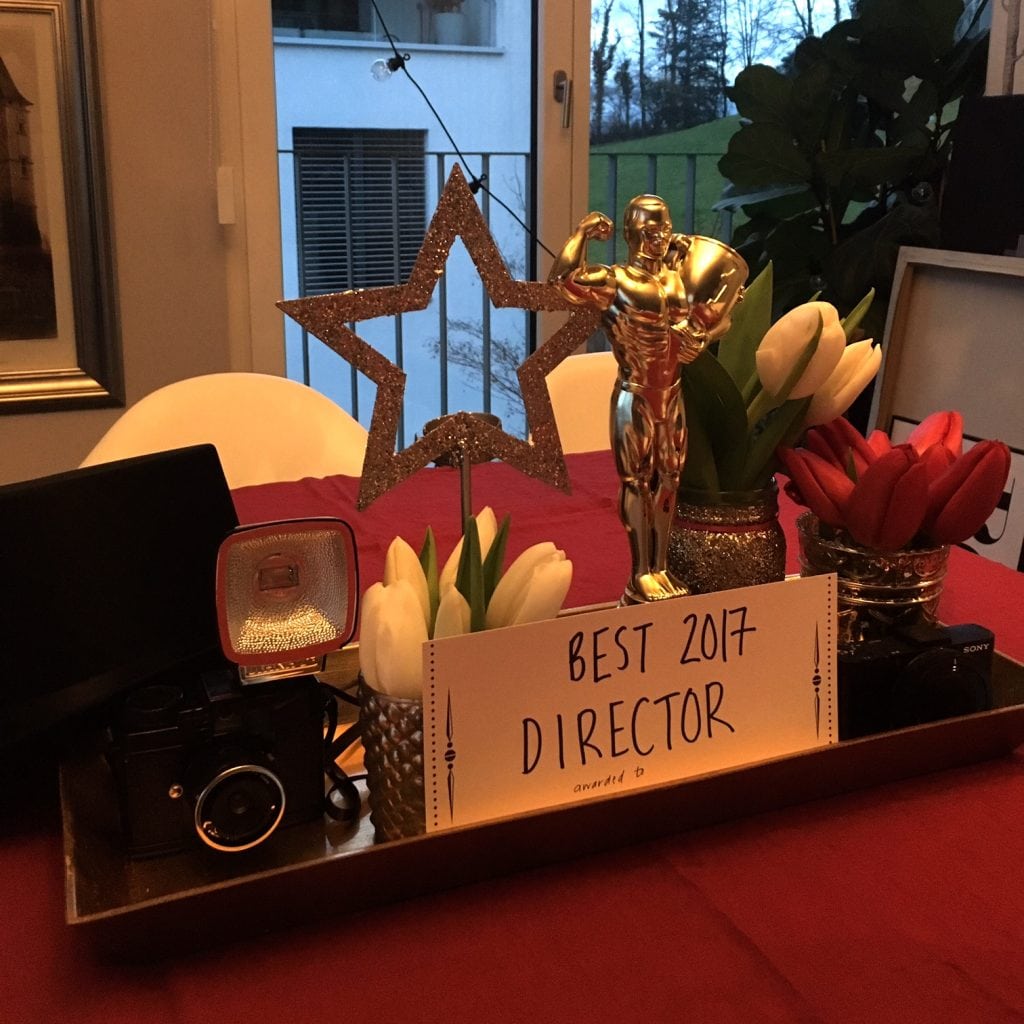 For the meal we had Racelette which I am pretty sure they would NEVER serve at the Oscars! But we all felt like it – especially as last time we tried to have it, our machine died. But to glam things up a bit, we drank champagne and the kids drank the kiddies one you get from COOP. 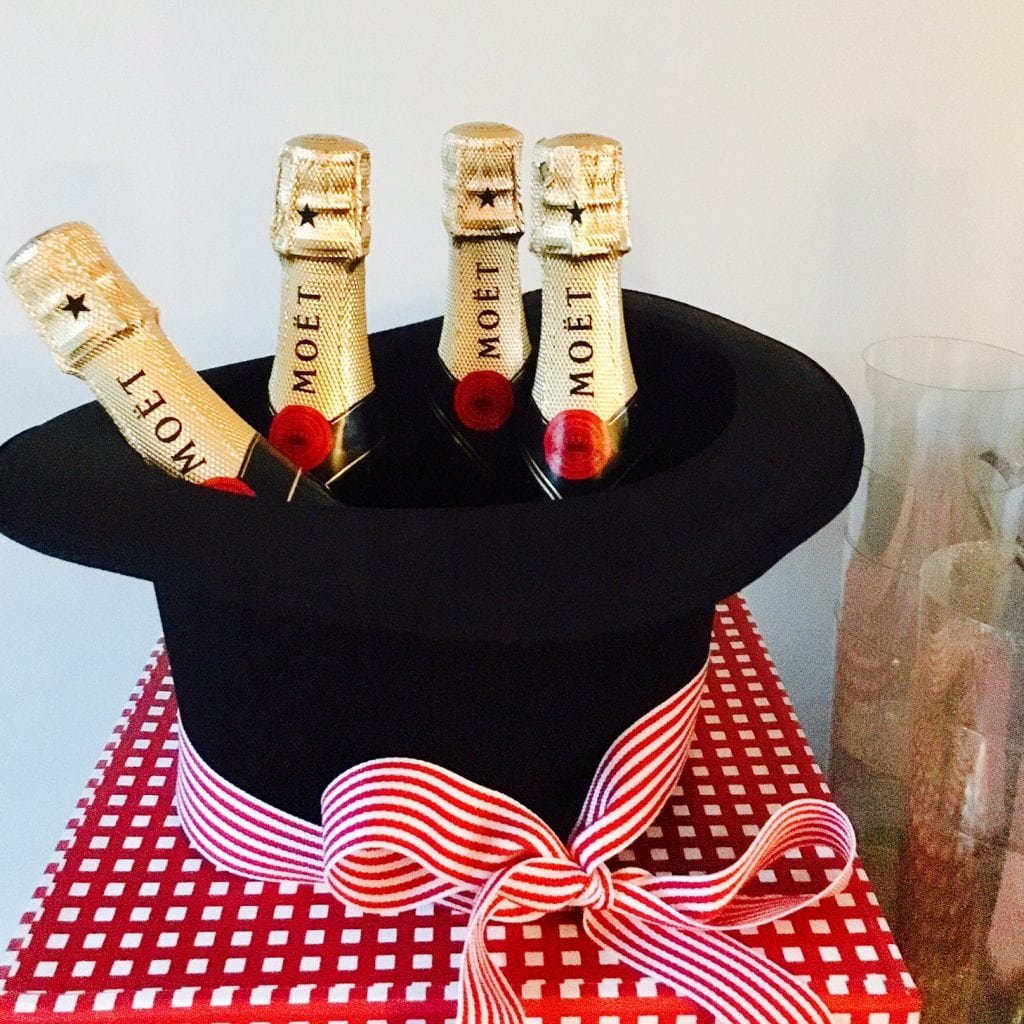 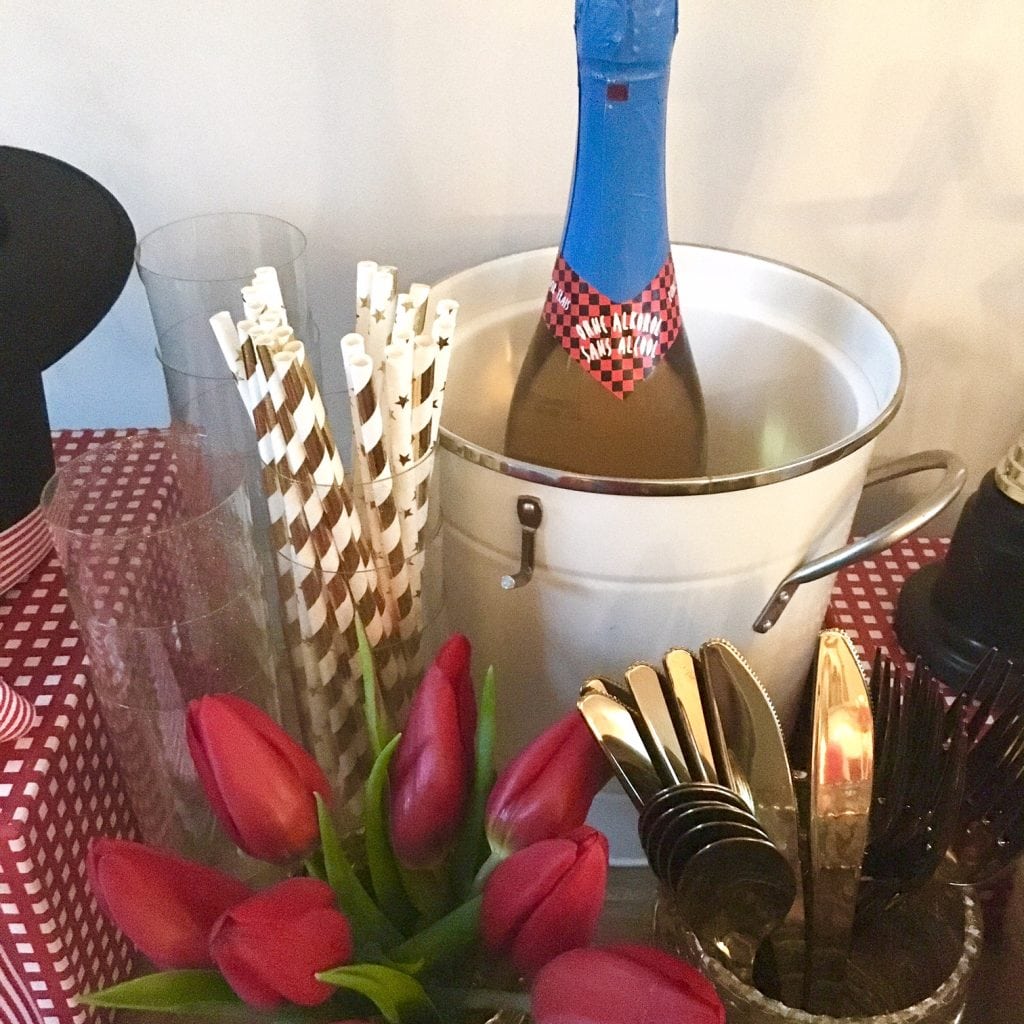 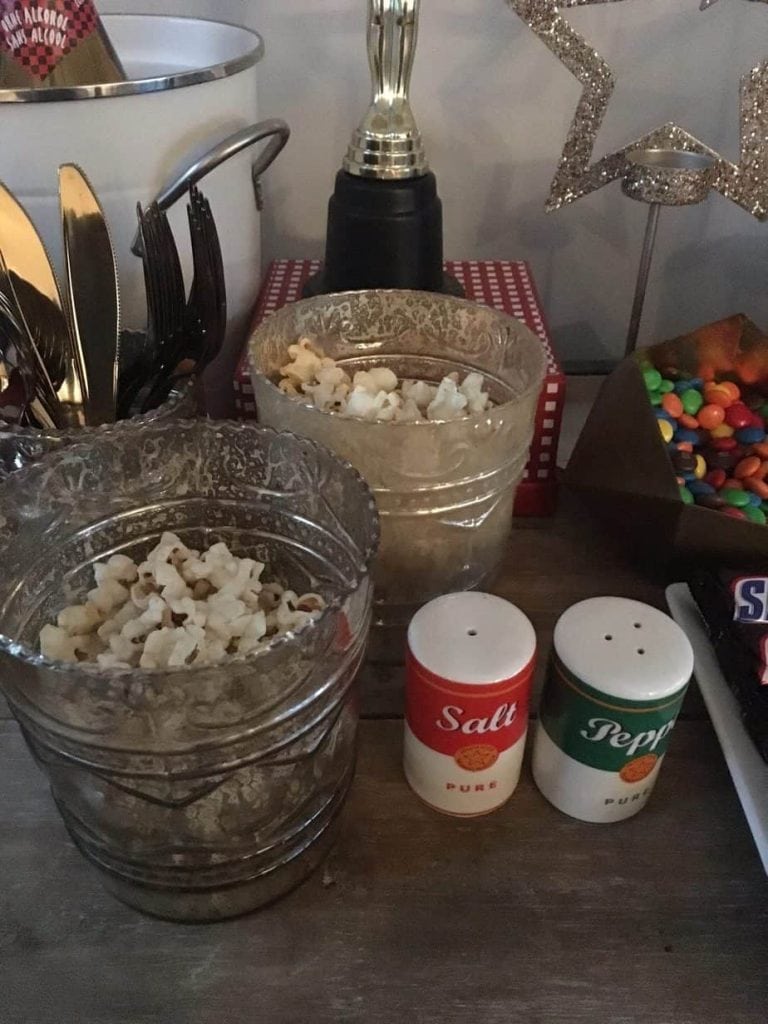 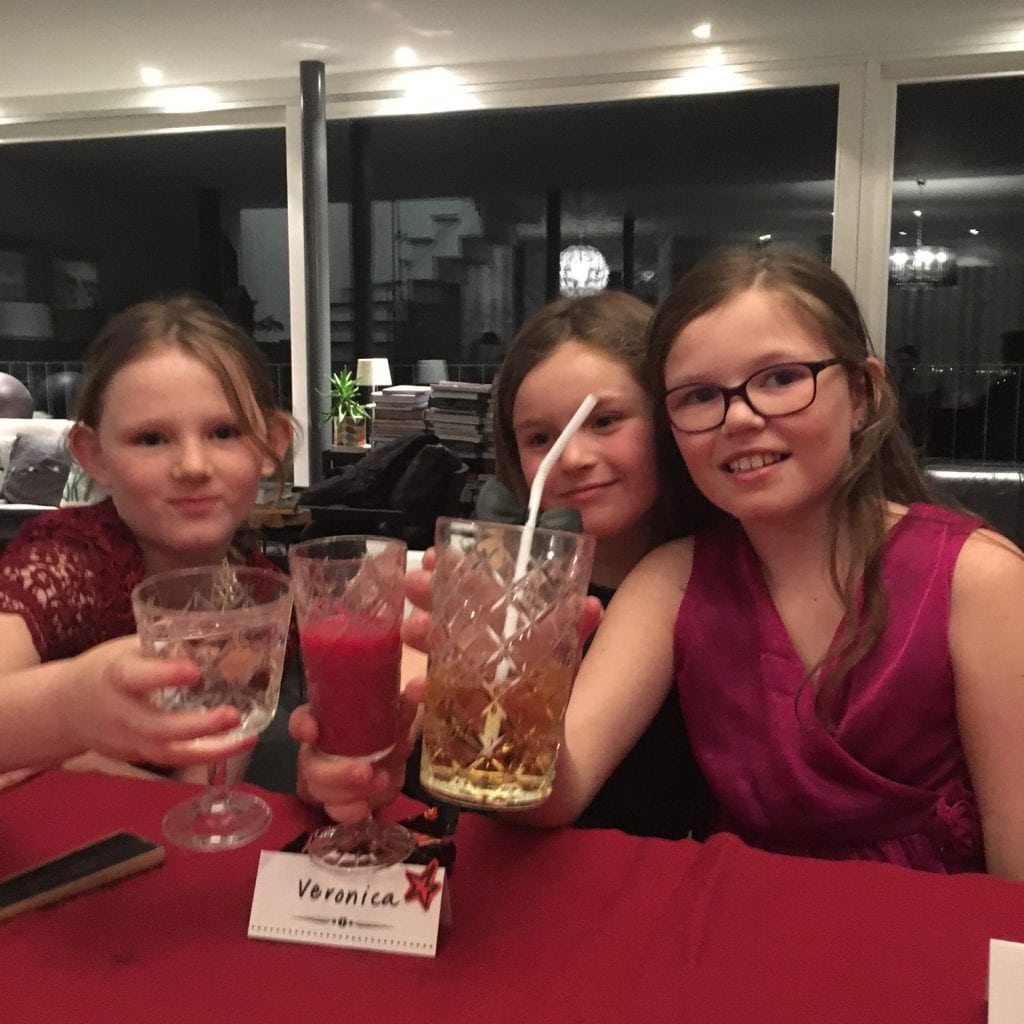 After Dinner the girls watched past Oscar animated movies and snacked on my concession stand: popcorn, M&Ms and chocolate bars! 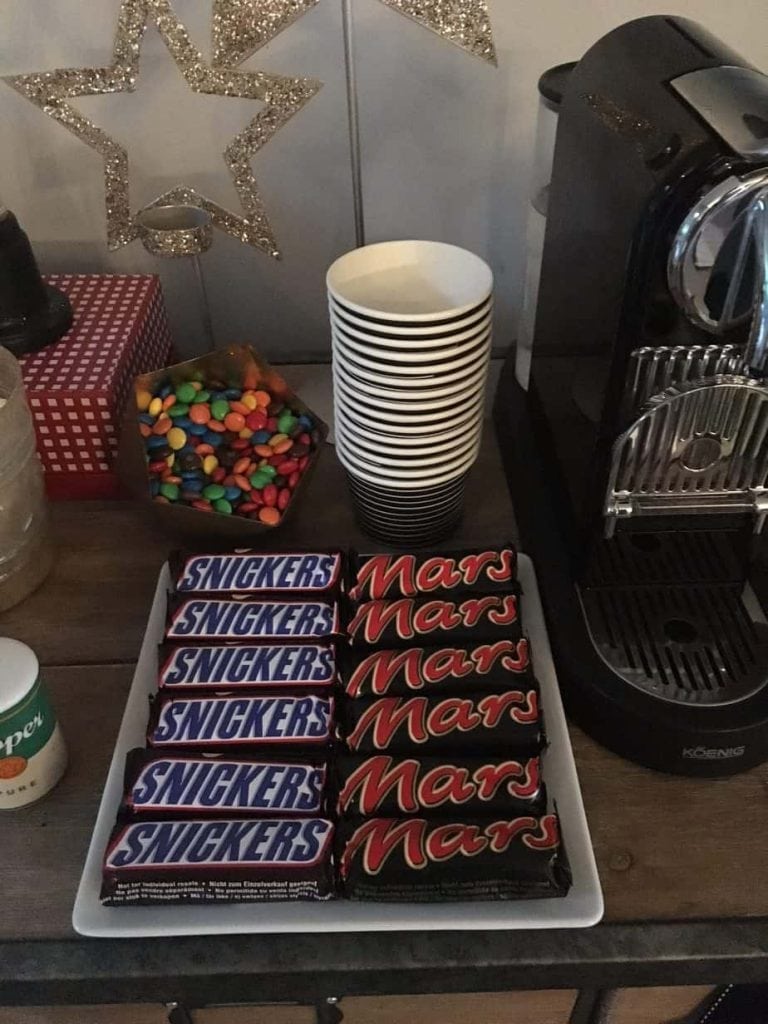 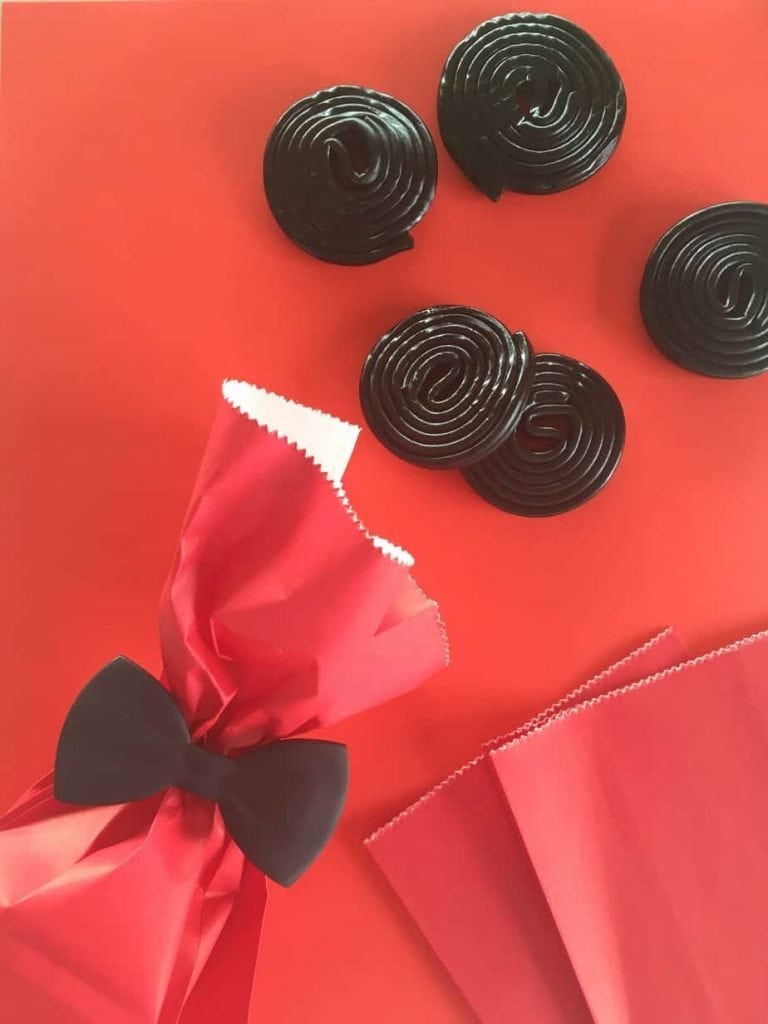 We then had a mini intermission, where the Oscar awards were presented and speeches were given! (P.S. all the girls raided the cupboards for fancy dresses, shoes and jewellery!) 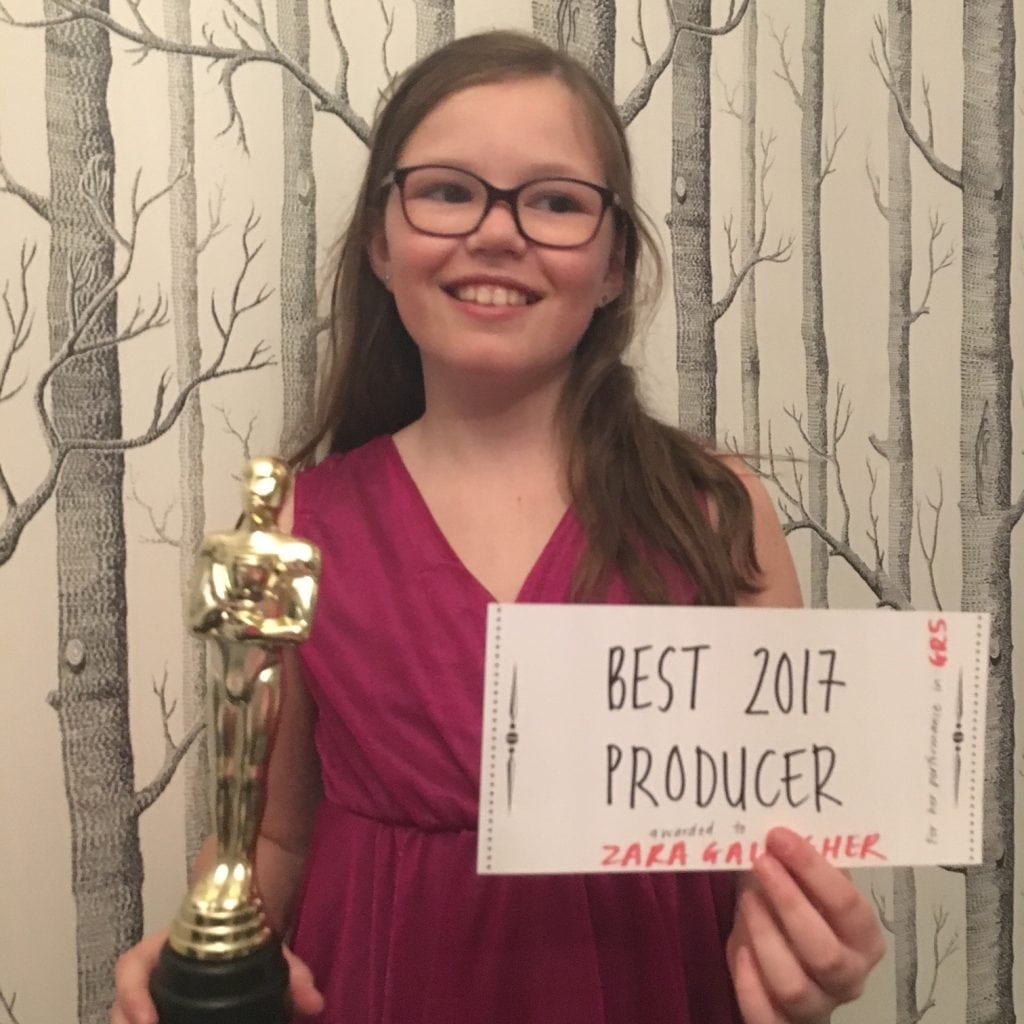 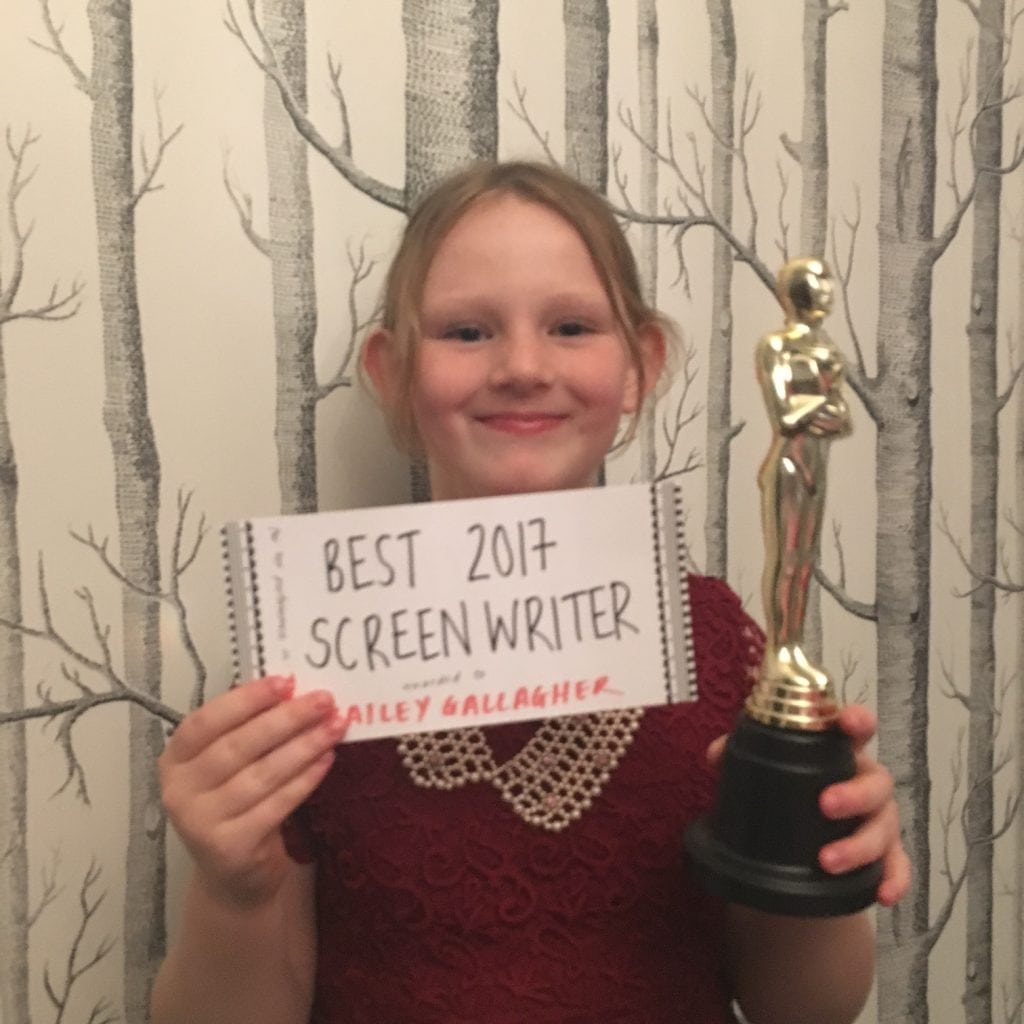 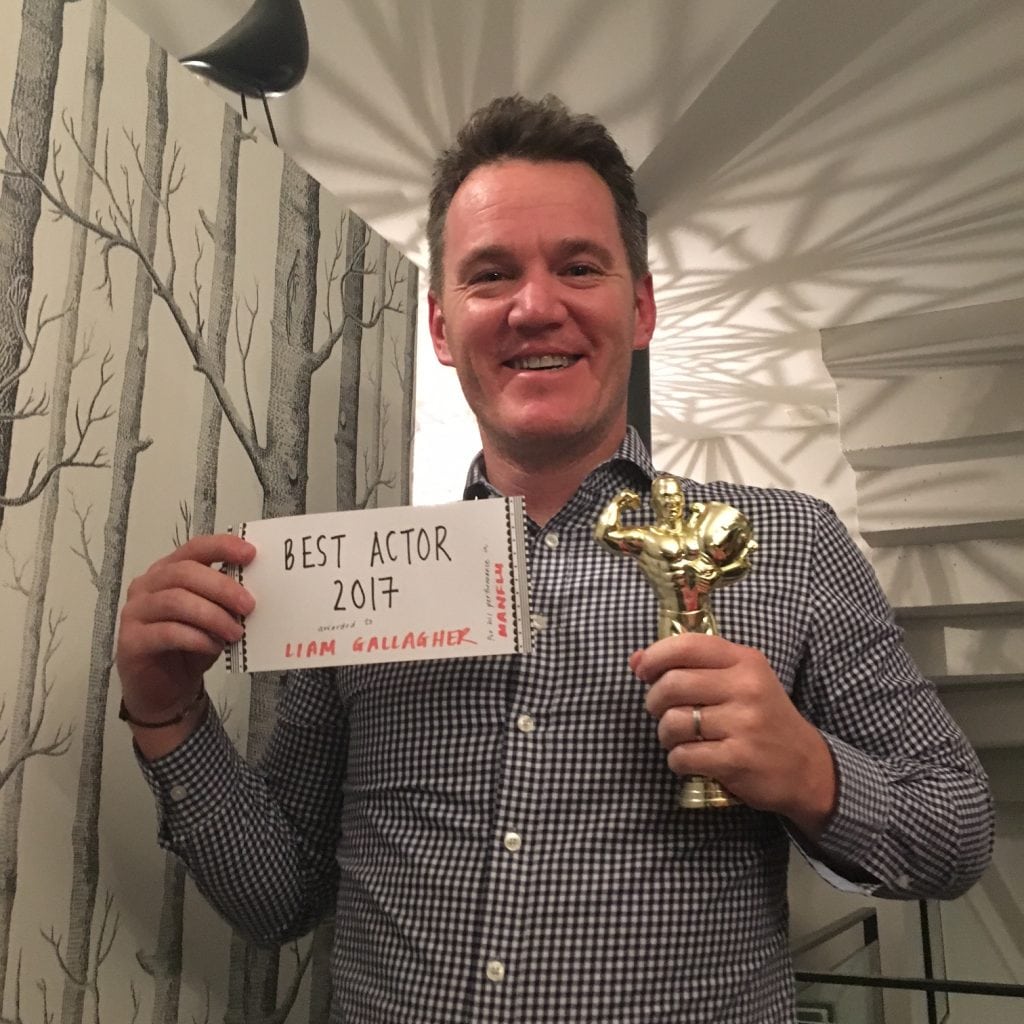 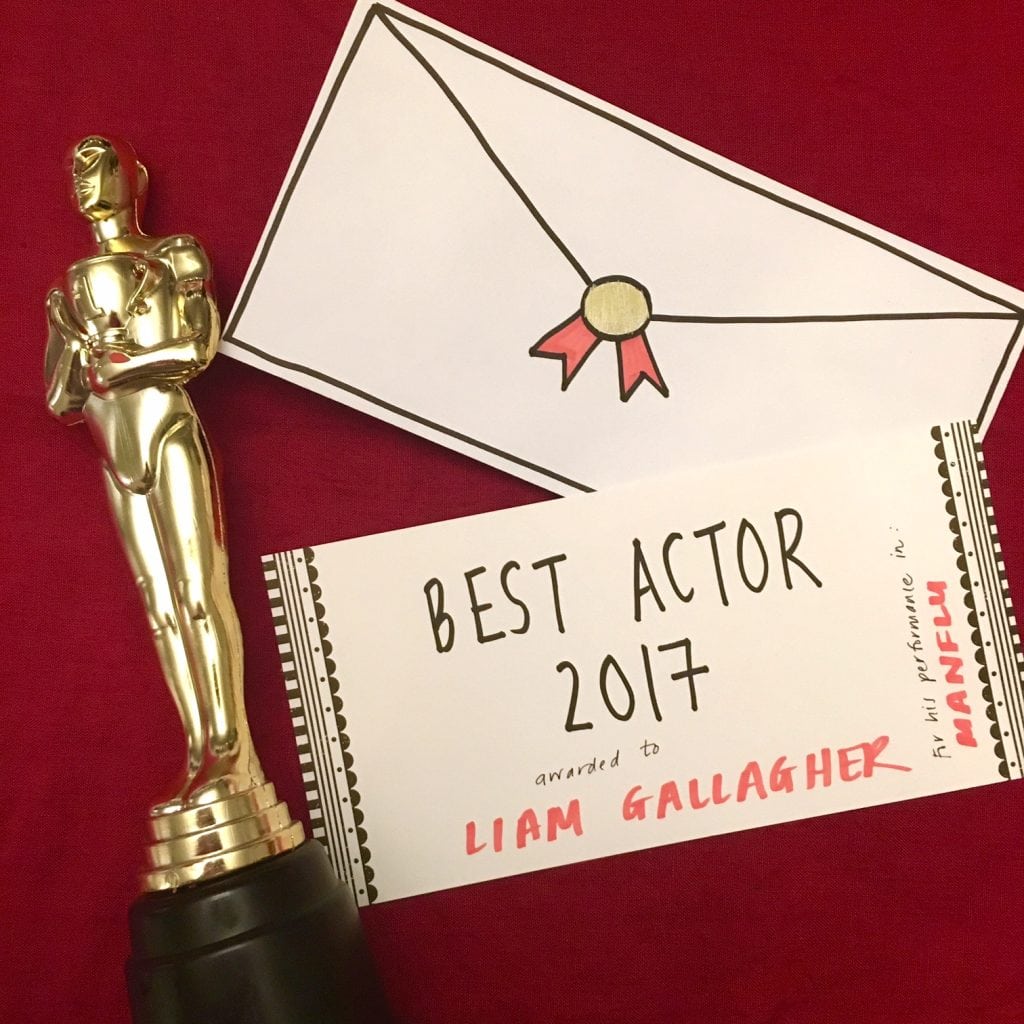