For the ski week, we made our way to Andermatt. The girls were only starting ski school on Monday, so on Sunday morning we decided to tour the area and our first stop was The Devil’s Bridge. This is easily accessed by parking in the space just before the bridge, crossing the road and walking down towards the old restaurant there. You will then be able to cross the old bridge. 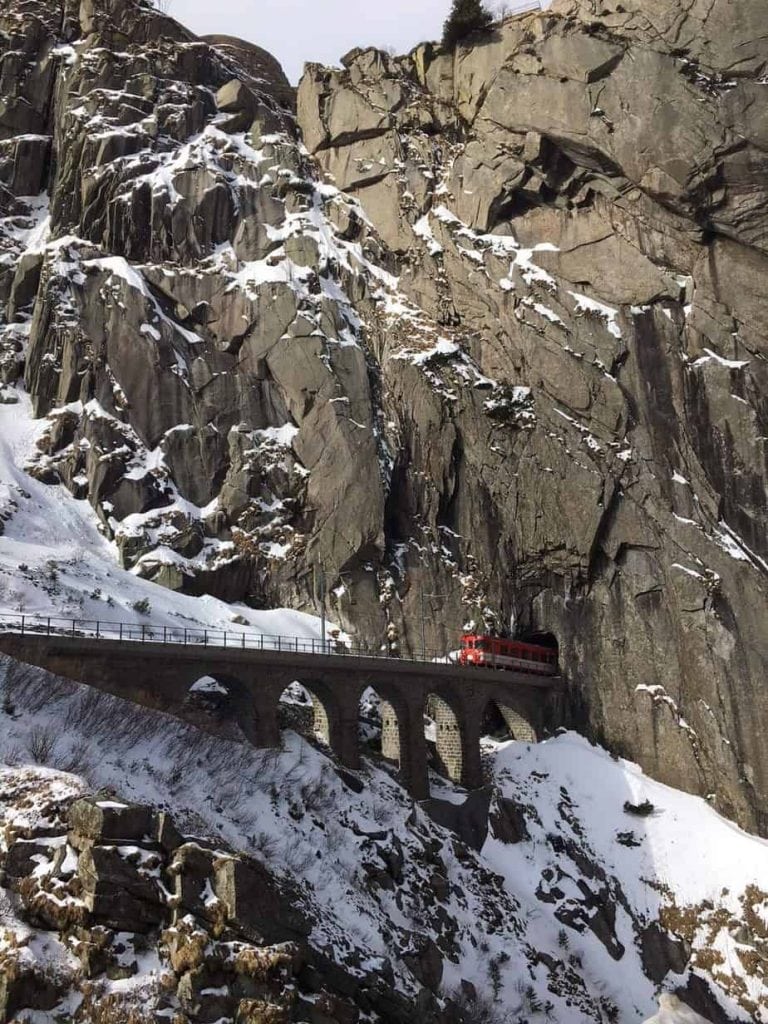 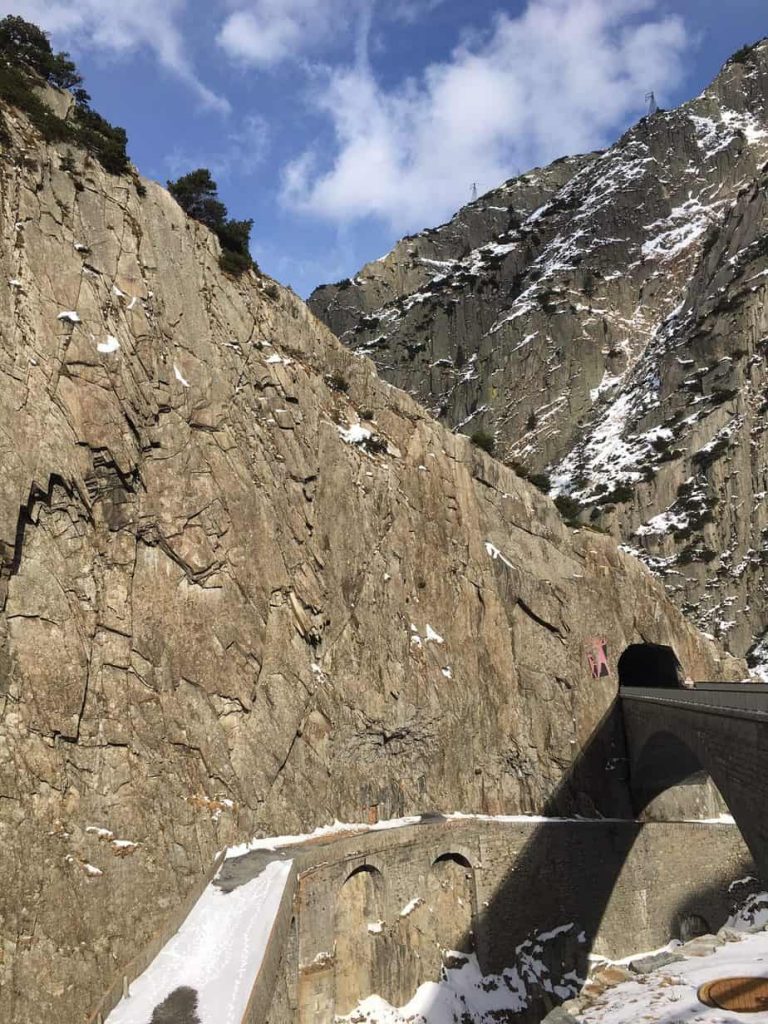 The myth of the Devil’s Bridge goes along the following lines: The narrow rock formation above Göschenen has always blocked access to the Gotthard and hence prevented access to the south. For this reason, it was extremely difficult to build a bridge there. The difficulty of the problem is highlighted by the legend about the futile efforts of the locals to make a mule trail through the narrow Schöllenen Gorge and build a stone bridge at the spot where the young Reuss surges between sheer cliffs. In desperation the mayor called out: “Then let the devil build a bridge!” The devil appeared and said: “I will build you a bridge, but the first to cross it will belong to me.” They agreed to the trade, and after three days there really was an arched bridge over the Reuss. On the other side sat the devil, waiting for his reward. But instead of sending a person across the bridge, they sent over a goat. “You can have him”, they cried, “so now you have the first soul to cross the bridge!” Enraged, the devil tore the goat up and took a great stone with which he wanted to destroy the bridge. Then came a little old lady; she recognized him and carved a cross into the stone. When the devil saw this, he missed his target and the stone landed in the valley, not far from Göschenen, where it has been ever since. And then when the highway was constructed, the “Devil’s Stone”, as it was called, was simply moved to a new location. 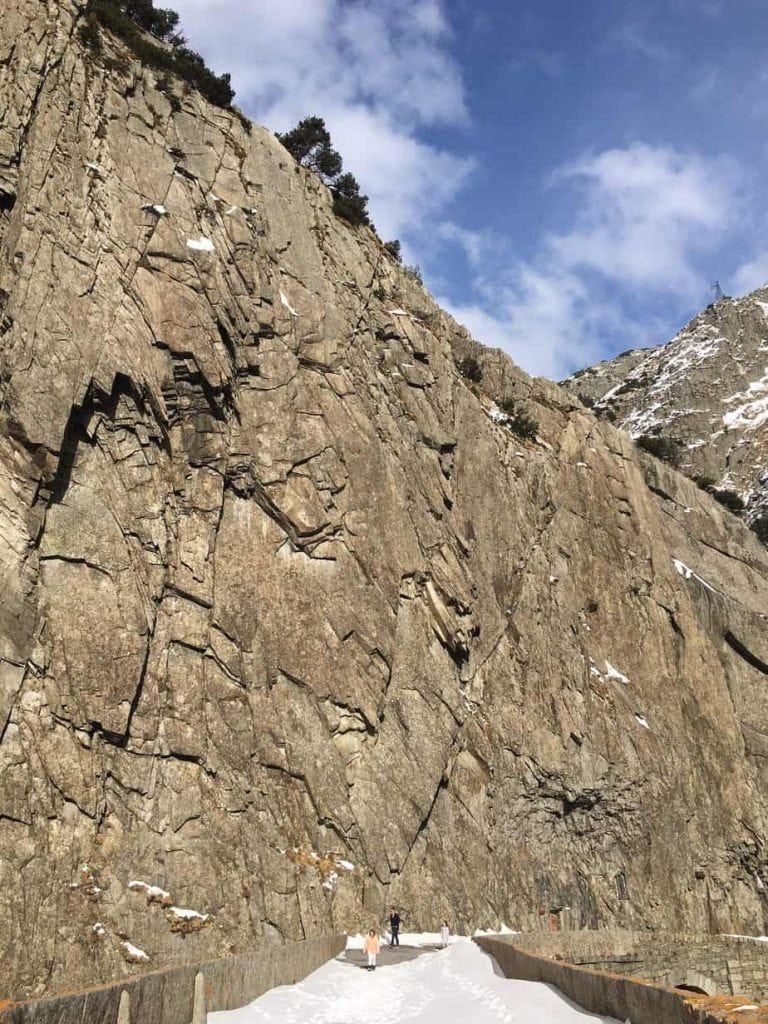