So I made a cardinal error. We had arranged for our renovating company to build a wall, lay new floors, build and install an entire new staircase. But what I didn’t think to ask them to do was install all the new light fittings. I was silly because most of our light fixtures are going in new places which means new cabling, new power points and worst of all very, very high places. Hopefully, the electrician I had planned to use all along is able to do this for me or else back to the builders we go. But let’s block out the drama for a bit, and enjoy having a look at all the lovely lighting I’ve chosen… 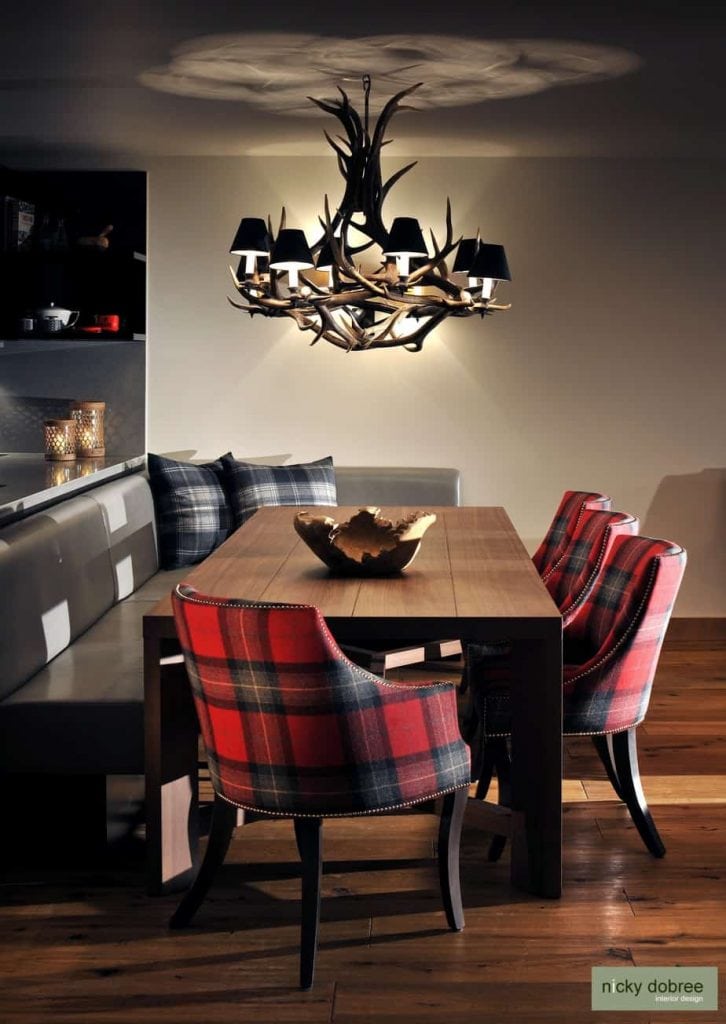 It is like a right a passage, if you own a chalet you have to own an antler chandelier. Fortunately, Liam and I were both in agreement and we found the dream one driving in Zurich one day and spotted it in the window of Mobel Factory. Initially I had planned for it to go in the Dining room, but as the ceiling is low and the fixture I ended up ordering HUGE – we are going to have it suspended from the double story ceiling over the lounge. It is actually the perfect spot and will finish the whole space off to a tee.

That then meant finding another option for the dining room, and with the antler one being such a big and bold statement, I opted for something simple and went for this plain grey dome pendat by HK Living from Interio. (They also have it in blue, which I nearly bought but decided to stick with neutrals). 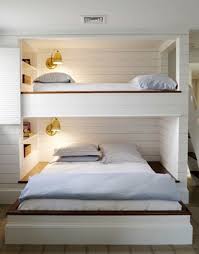 Now that main areas were sorted, it was time to illuminate each bedroom. Having viewed many a bunk room, and studying those designed by Sarah Richardson, I knew I had to get a wall lamp for above each bunk bed. I’ve never done wall lamps before so I am hoping it is possible and Rivieria Maison had exactly what I was after.

For the main bedroom, there were already two black wall lamps up on either side of the bed which I was thrilled that the previous owners had left behind. However, now that our headboard is in, these don’t fit! So, I’ll be taking these down and most likely opting for typical side table lamps (still to be decided) but what Liam and I did realise is that there are no other lights in the room?!? So, unluckily for our electrcian our ideal solution is another pendant light from a lofty ceiling. This time a modern multiple black armed pendant with little metal shades on each arm. I don’t have a photo but it is part of Interio’s new line and has a modern edge to it.

And just so we make things even more complicated I looked up at the lofty ceiling in the spare bedroom and decided a pendant would do well here (especially hanging above the four poster bed). Initially I had thought about repeating the white feathered fixture we have in Cape Town, but by chance I was reading an old Living At Home magazine in the bath and was reminded how much I loved and always wanted but couldn’t find a spot for the Z1 Pendant. So within minutes I was online and checking out of paypal and hollering to Liam not to worry about a Mothers Day gift for me as I found what I wanted!

Last but not least the spare bedroom is getting wall lamps (also from Rivieria Maison) and I think these go up fairly easily as they just plug into wall sockets – which THANKFULLY we had the sense to have put in when we did this bedroom. Not that I can speak for the rest of the house!