Last year, I had a blog series called The Seasonal Table. However, in our new house I have yet to work out which surface I can devote to seasonal decorating that won’t get in the way. I am thinking I may just have to keep it to my front door only. However, in the interim I have discovered a little idea that has worked out quite well and requires minimal effort so I am sure you are going to want to follow suit. 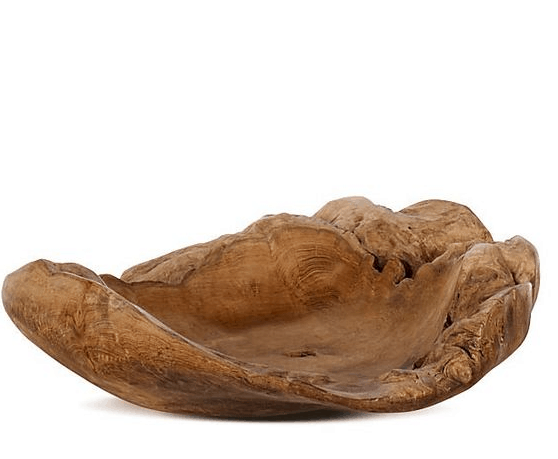 Years ago I bought one of these giant teak bowls from Migros largely because I had always seen them but as they can be quite expensive never bought one. The one at Migros was such a good price I just grabbed it. So keep an eye out for them when you next go grocery shopping. Depot has stock but are much more than what I paid at Migros. I also spotted one this morning at Landi.

So around Christmas time my friend Jane had a similar one and used it for the traditional mandarines/chocolate coins/shelled peanut display that is found in nearly every Swiss house during the festive season. 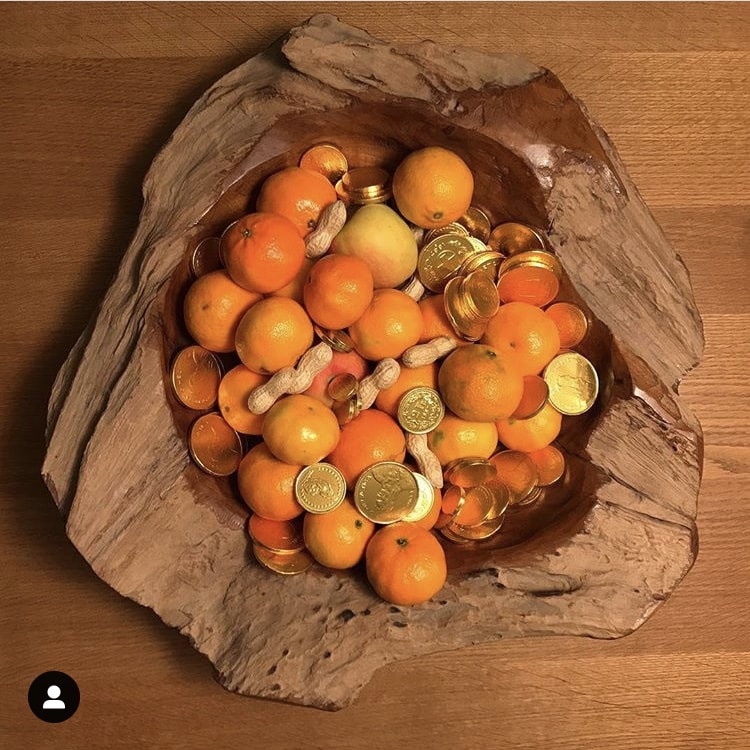 But then it got me thinking… when it came round to the new year, I filled the bowl with pine cones and a fragrant cinnamon, aniseed spice mix. Not only did it look all wintery but had a great smell too. And now that Spring has officially arrived it has turned out to be the perfect holder for some edible grass and pastel coloured eggs. Closer to Easter I will add real chocolate ones, but I think this is turning out to be a great idea for a seasonal display in the home – and best of all – no skills required! 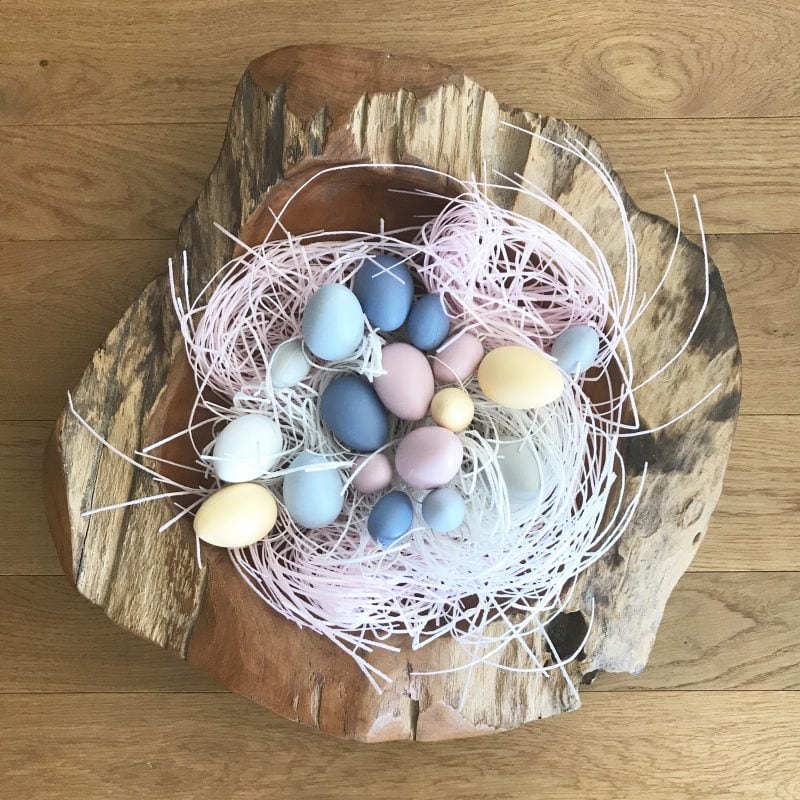