Ironically, we were waiting at the bakery as we were early for Zara’s dentist appointment just across the road where I came across these Fasnacht chocolate treats. 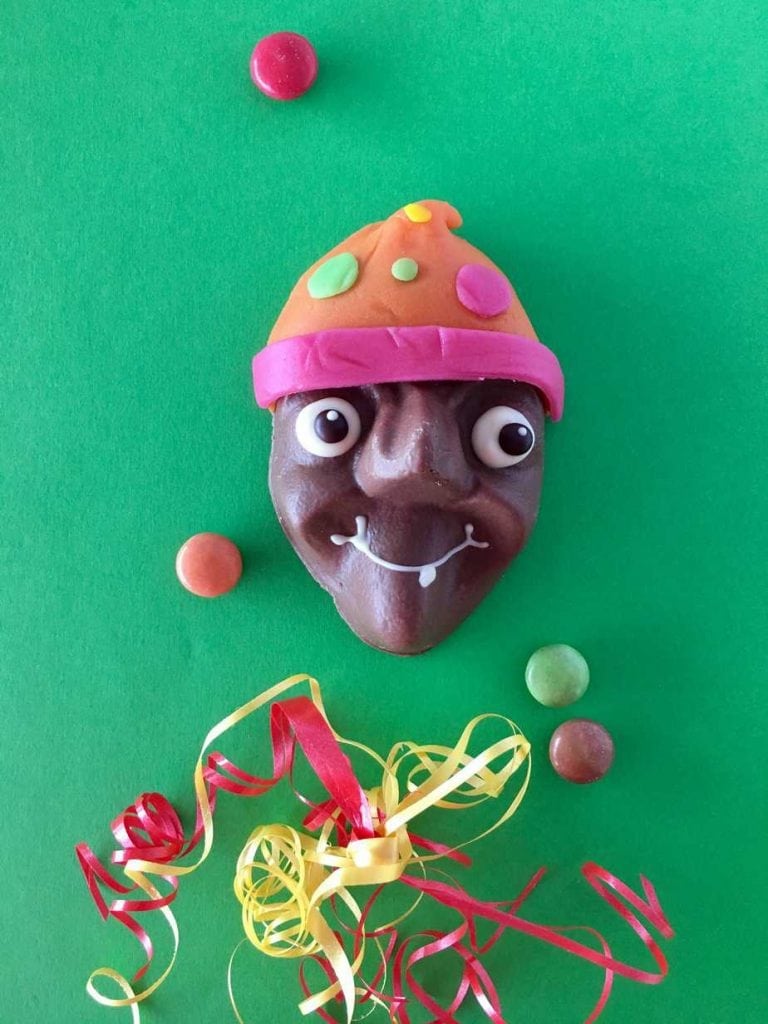 Not my favourite chocolate, as all of the masks are quite ugly! But it does mimic well the ones that are often seen in the parades! 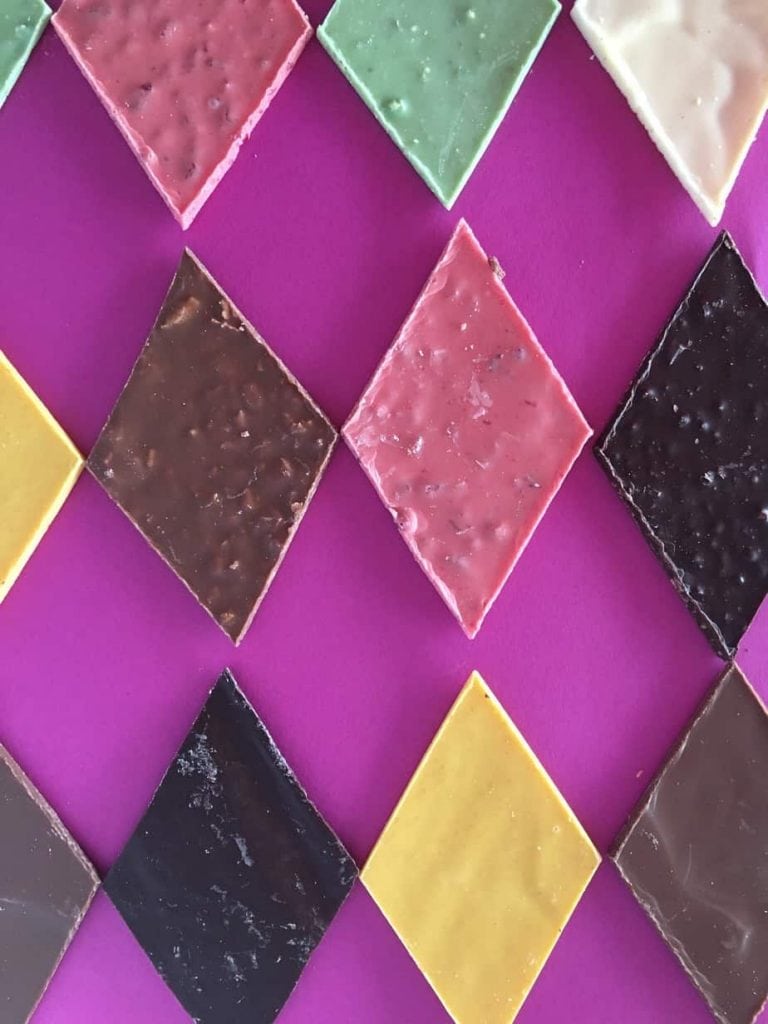 It was only when I opened the pack that I realised the different coloured pieces of chocolate were in fact diamonds, and then it clicked the design is to mimic the harlequins patterns that are often seen as part of the costumes or banners etc. The Swiss Chocolatiers are sometimes so clever! 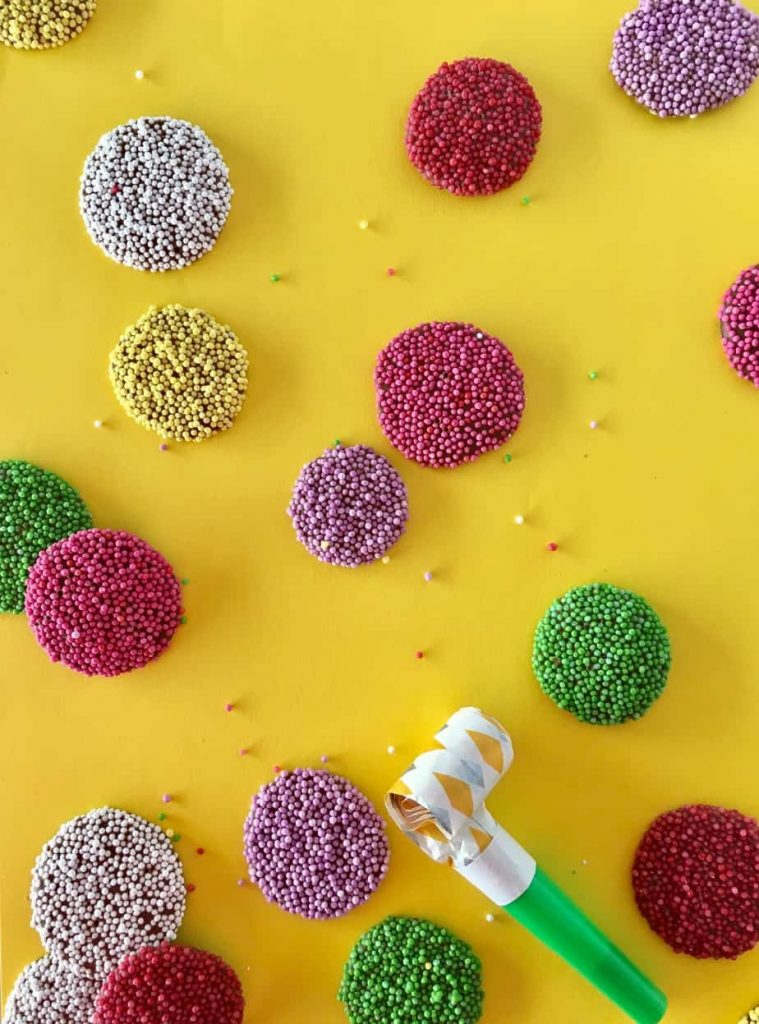 This is my favourite! Chocolate dots made to look like confetti! These actually were fiest created in Luzern and I see now are slowly making their way to other cantons. Von Rotz Bakery in Steinhausen packaged them so well: a clear cellphane bag complete with a paper blower! Such a cute gift to give kids for the carnival parade – but this is one type of confetti that won’t be tossed!