Have you heard of Swedish Torte? Before coming to Switzerland I had never heard of Sweden’s Princess Cake and I definitely wouldn’t have tried it just by looking at it! The classic colour is bright green but inside it is delicious alternating layers of airy sponge cake, pastry cream, and a thick-domed layer of whipped cream. This is topped by marzipan, giving the cake a smooth rounded top. The marzipan overlay is usually green, sprinkled with powdered sugar, and often decorated with a pink marzipan rose.

The original recipe first appeared in the 1948 Prinsessornas Kokbok cookbook, which was published by Jenny Åkerström, a teacher of the three daughters of Prince Carl, Duke of Västergötland. The cake was originally called grön tårta (green cake), but was given the name prinsesstårta or “princess cake” because the princesses were said to have been especially fond of the cake. The princesses were Princess Margaretha (1899–1977; later Princess of Denmark), Princess Märtha (1901–1954; later Crown Princess of Norway), and Princess Astrid (1905–1935; later Queen of the Belgians).

Now you are sure to find it at every IKEA and most days you can pick one from Migros. I had to buy one earlier this week as I thought it quite clever how the Swiss supermarket made a soccer version for the World Cup. Switzerland may have lost to Sweden but at least we got to eat their yummy cake! 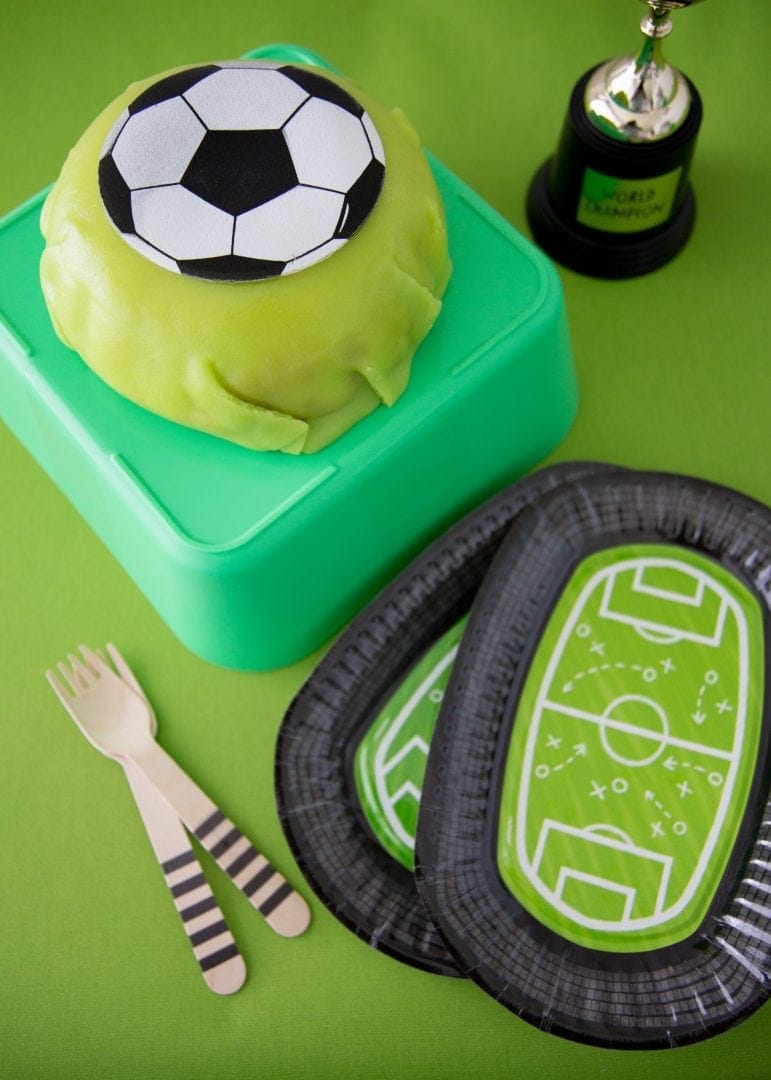