One of my favourite shoots I did for Wedding Inspirations must be this Kitsch ‘n Tea one. Most likely because the idea was something that I had developed many many years before. When I was still working for Deloitte as an auditor in Zurich, Switzerland, my hobby had been to write a book called The Bridesmaid Handbook. It was a book designed just for bridesmaids detailing all the the things that would need to do: from the day of being asked to be one right up until what to do the day after the wedding. And then it also included 12 chapters, each one featuring a different bridal shower or bachelorette party. And one of these chapters basically followed these lines of this feature. Over the years I have been able to recreate a few of these chapters for Wedding Inspiration Magazine, so I hope to do many more this year and so live out the dream indirectly of publishing The Bridesmaid Handbook. 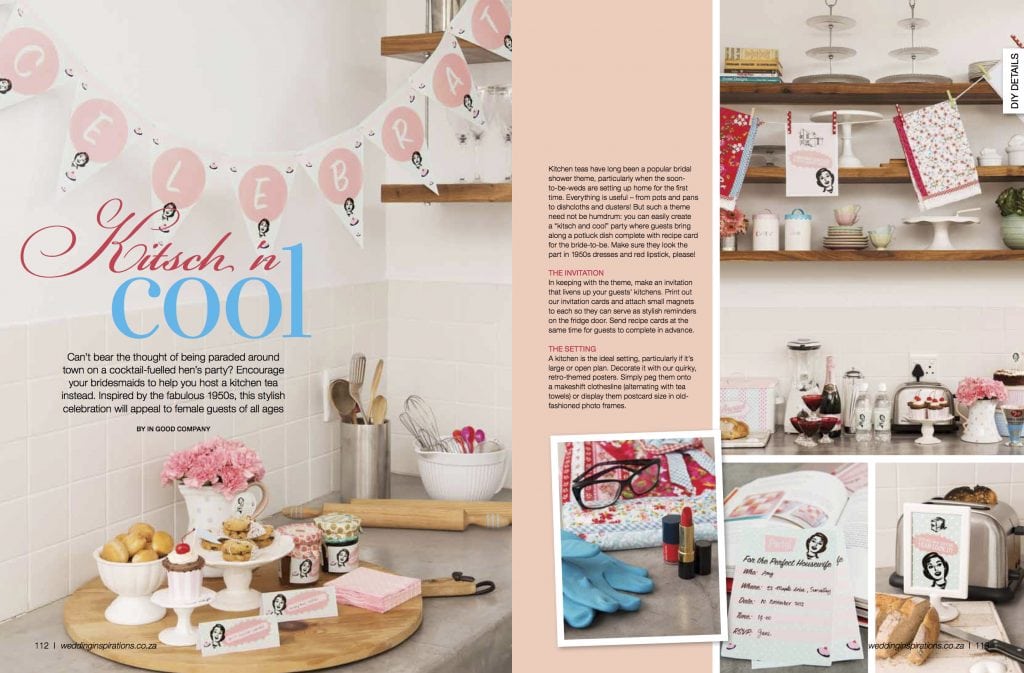