And now for the Kitchen… 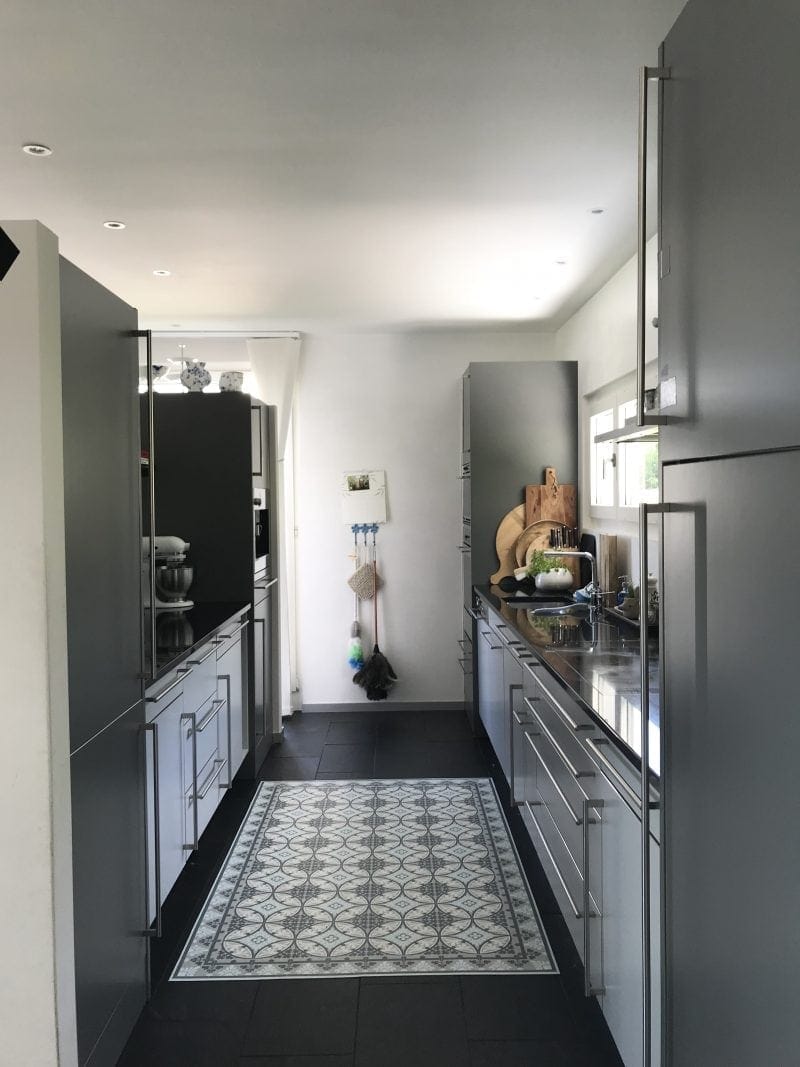 START NOW! Ever since we have moved in our Kitchen has slowly come undone. The cupboards have these thin metal finishes on all the doors, but the glue is not working and so they are coming loose and are actually quite dangerous as if you catch one the wrong way, it cuts you! I knew we would have to fix this death trap asap, and LUCKILY I contacted Bulthalp last year December, as there were allsorts of problems and finally fingers crossed they come next week to replace all the doors. Therefore, I can not stress enough that it is worth it to start early on with ANY project you think needs to be done before you sell or move! Imagine if we only did this when we were moving! 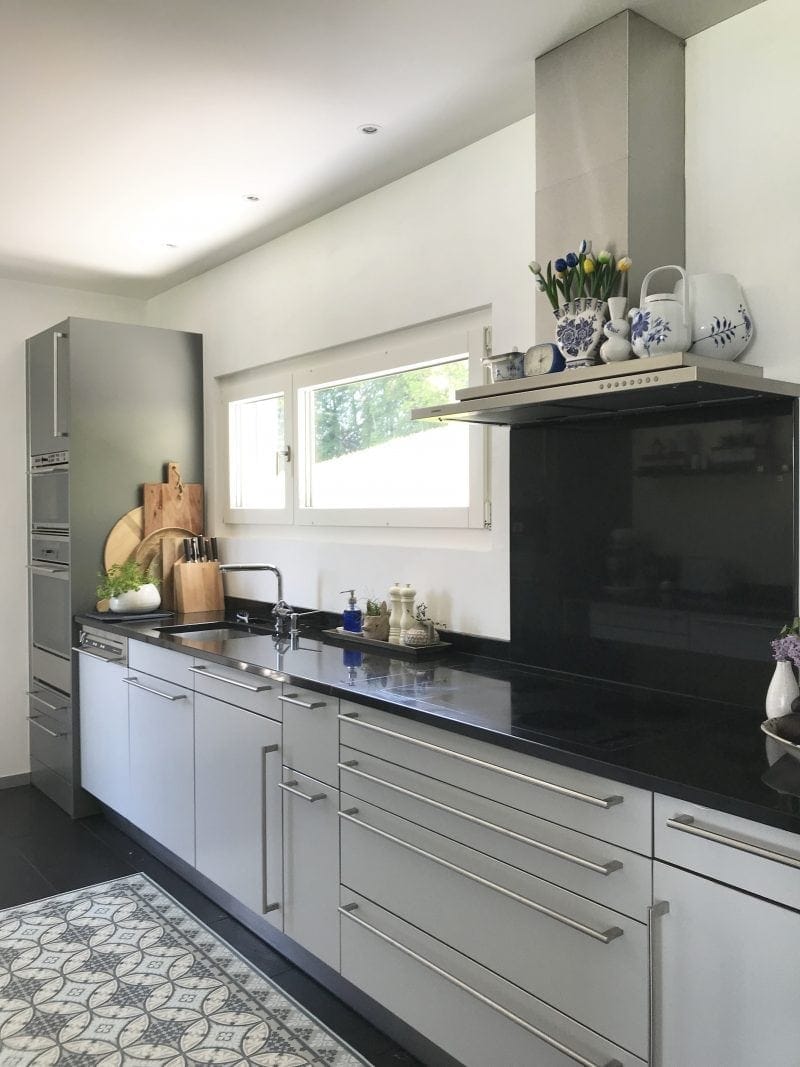 BOX IT They were actually supposed to come and do our kitchen last week, but there was another small delay, in the interim my AMAZING housekeeper packed all the items into two sets of boxes whilst we were away. Boxes for moving and boxes for packing whilst they do the kitchen and then to be unpacked when they are done. The great thing is that as everything was in a box, I have only been taking things out as I need them. And so for two weeks, I see now that four of these so called “transitional boxes” can actually become moving boxes. Another added advantage is I already tossed/donated all of our expired/”not useful for me” food; so my kitchen has never been so organised! 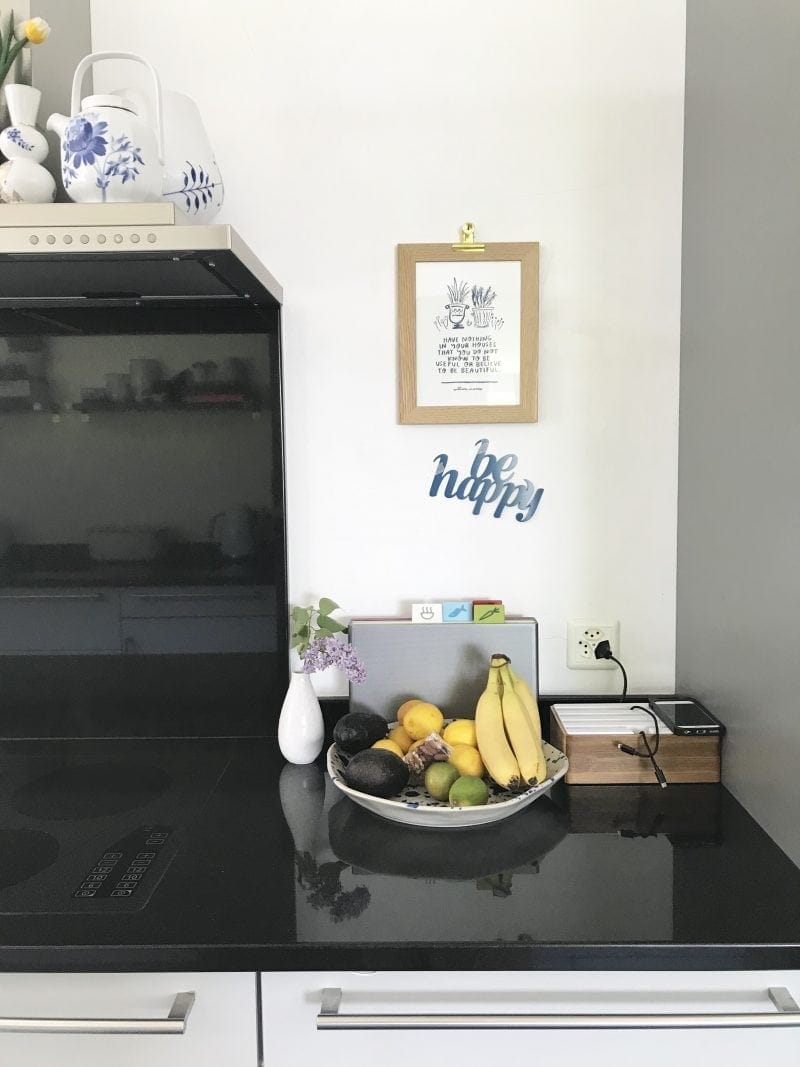 LESSONS LEARNED When we first moved in there was a coffee machine that was not working (and the owners took it off the cost), we then had it repaired but shortly afterwards it stopped working. I forgoed having it repaired again and just bought a Nespresso one that sits on my Coffee Station. I have been meaning to replace the coffee machine as it will make a lot more sense having a built in microwave than a coffee machine (which I am not convinced last that long). And so now finally when they redo the cupboards and drawers, they put in a new microwave. I would guess most people would rather have a built in microwave than a built in coffee machine; especially if some tenants are like “but we don’t drink coffee”. 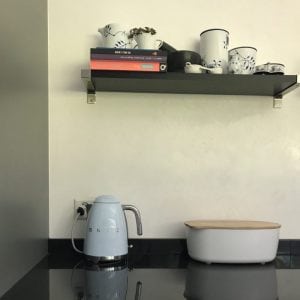 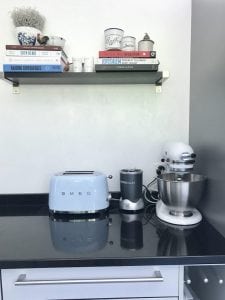 MAKE IT BIGGER Our kitchen is long and narrow, and quite small actually. On the other side of the room are the doors leading out to the patio, a guest loo, some dead space and our staircase. A while back I stole the idea from my friend and instead of just having a sideboard in this space I created a Coffee Station. It is the perfect spot as it is visible from the lounge and dining room but close enough to the kitchen to get milk and any extras. Plus, in the summer it serves a second purpose as if I move a few things around it is the perfect bar and all the drinks keep cool indoors. 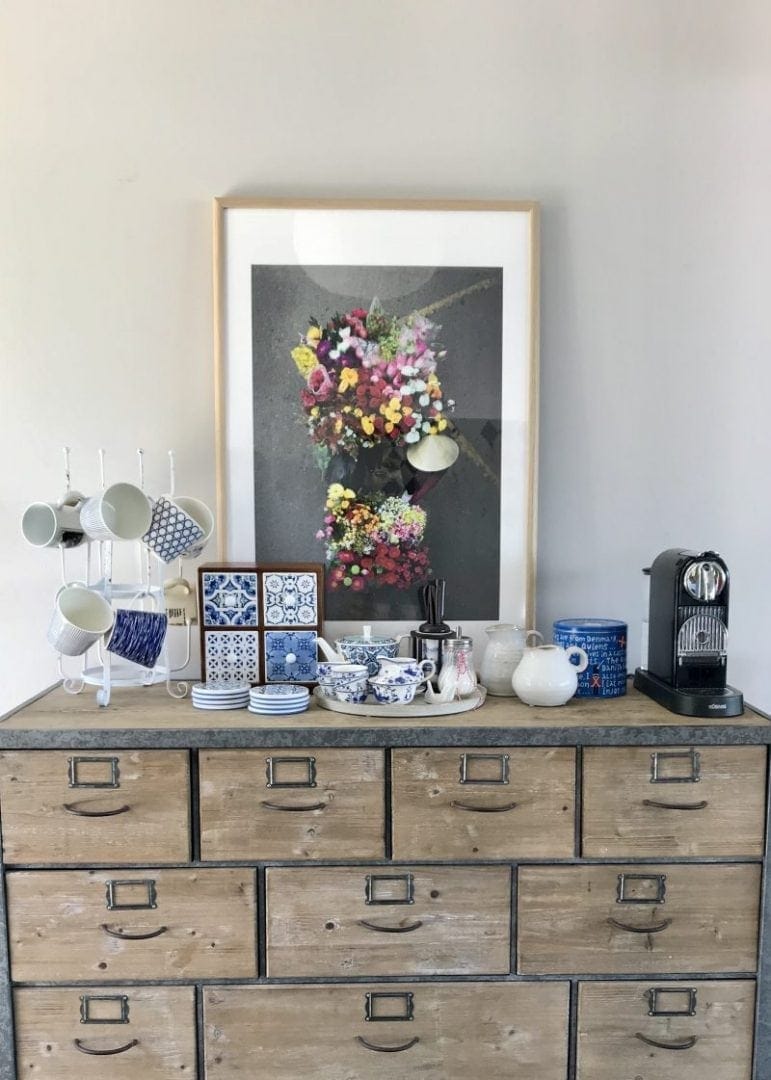