As we continue with our Rebamatt Redux series, here are some of the changes I did to our living area; and some Styling to Sell (or Rent in our case) tips. 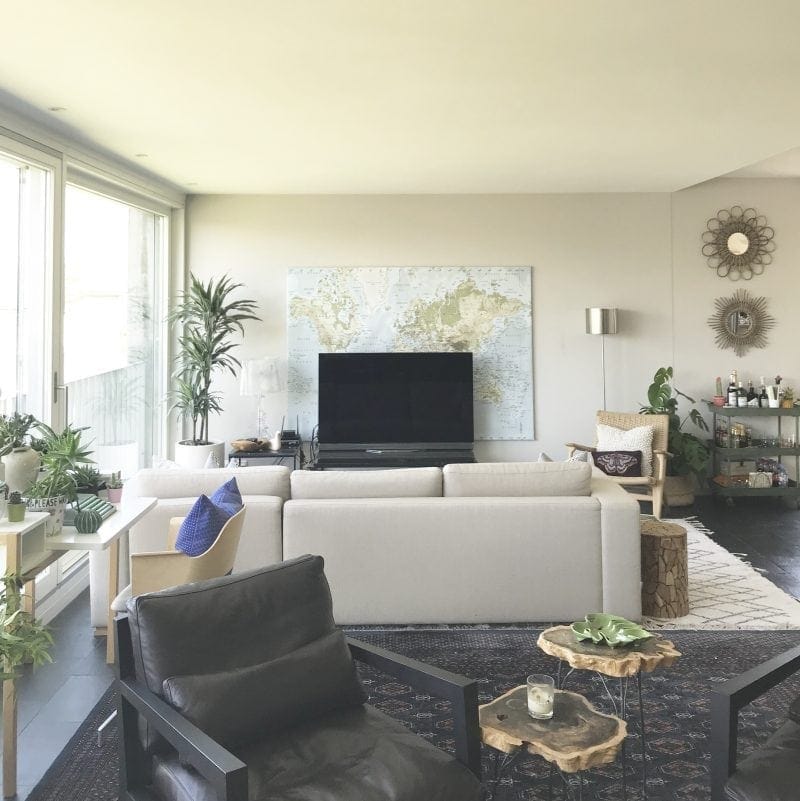 REAP THE BENEFIT OF THE RENO As we are moving, we knew there would be some big things we need to do before new tenants could move in. One of which was having the house interior repainted and the black floors professionally cleaned. Our painter was initially going to paint in April, so I ended up taking everything off the walls, only to have it rescheduled to when we move out in September. The one advantage though is that it forced me to put back the minimum amount of art, as over the years I tended to add a bit too much. Now, having most of the art down, it has created more negative space and therefore more appealing. We did however get the floors cleaned and now they are like new! I know what you are think: “surely you only want to do this when you move out; what happens if something gets marked again” but regardless we will have to have a cleaning company do the official Swiss hand-over cleaning which would address any small spill but now we get to benefit with super clean floors for the next six months as all of the hard markings from our past five years and the previous owner’s fiver years are gone! Also, as we laid down the rugs after, there is not that much exposed tile. 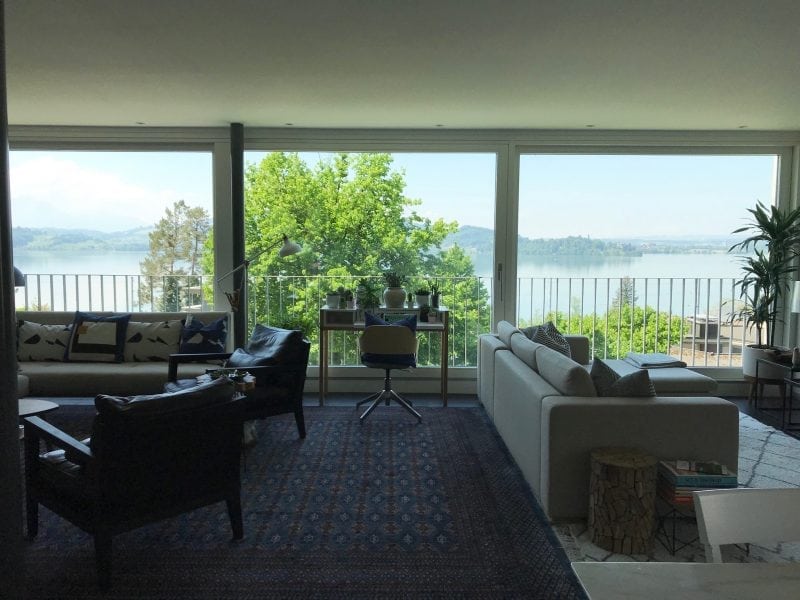 BUY NOW, MOVE LATER I got a headstart on some new purchases by tossing/donating old furniture and already buying and displaying my new pieces. My friends also questioned this: “surely you don’t want to have to pay extra to have this moved as well?” But most moving companies don’t charge per box/item as it is calculated by truck/container size. So as we are not moving a lot, I knew that a few extra pieces are not going to result in any additional moving costs. Another added benefit, is that when you order anything, it takes time. It can be anything from a few days to a few months. As we are already living in a bit of a limbo, I decided now was the time to give to ordering and deliveries – otherwise we sit in our new house waiting for months and months for the house to get finalised. We are all loving the new sofa (which is actually a bed sofa that will go in the kids PJ lounge) and our new TV is amazing (our other one was 10 years old!). 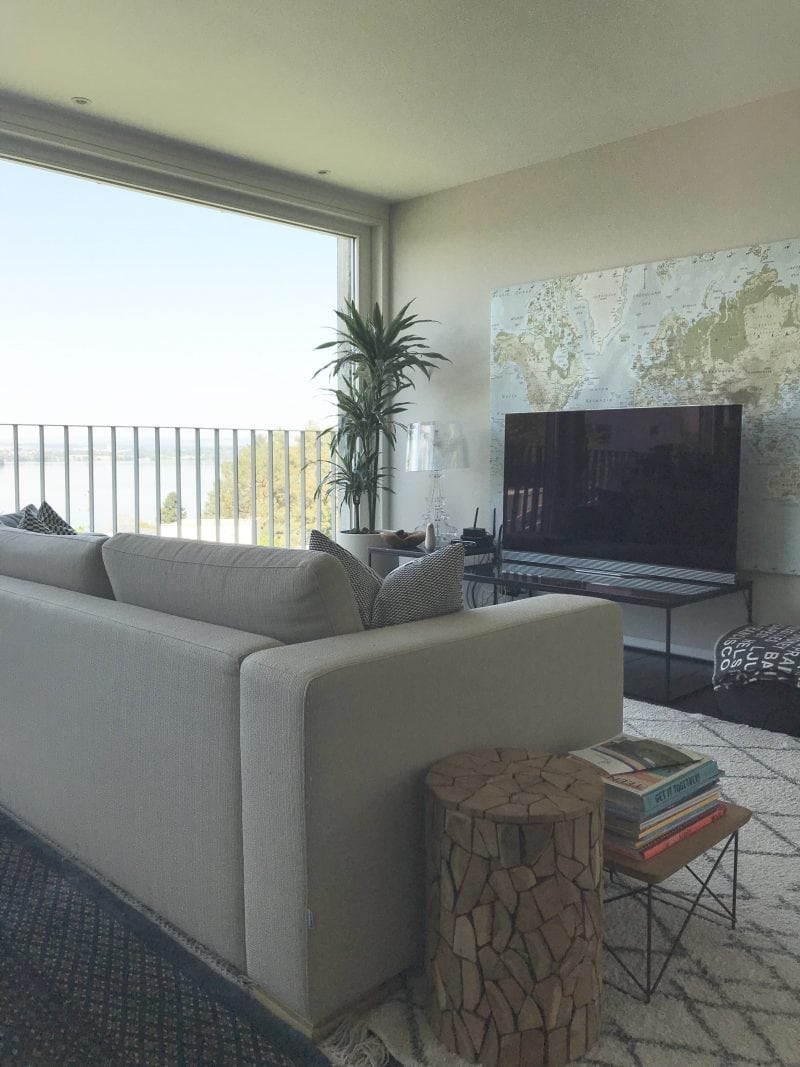 COOL IT WITH COLOUR I always think I don’t love colour, but when I actually took a look at our living area, we had heaps of it. The best look you can go for is neutral, and so everything that was too bold or bright (books, ceramics, ornaments) was donated/tossed or boxed. Our living area is a lot calmer now in neutrals but I still kept a lot of blue! 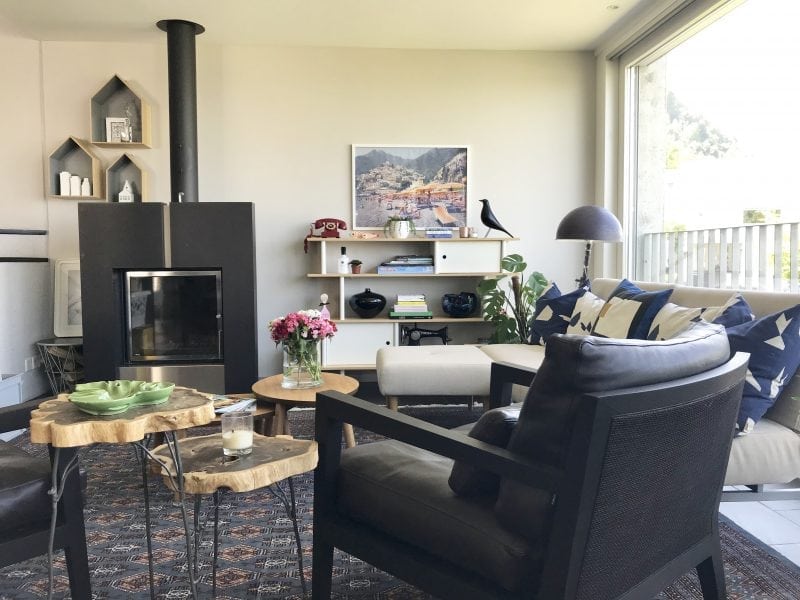 BRING THE OUTDOORS IN As I tossed some of old furniture, I filled the gaps with plants. This way the space looks more lived in but not too crowded. Another idea, that I did was bring in our patio trolley to act as a sideboard – a little Gin Bar cart against the one wall – thereby fulfilling the empty space but not costing me a thing. 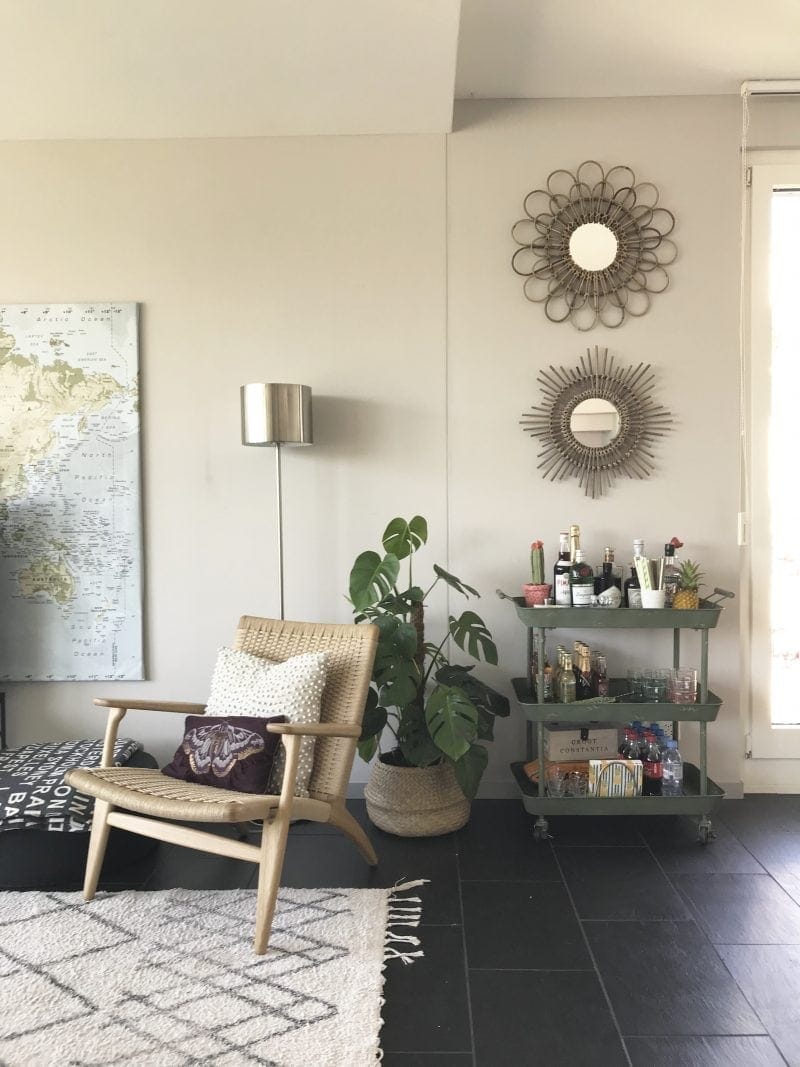 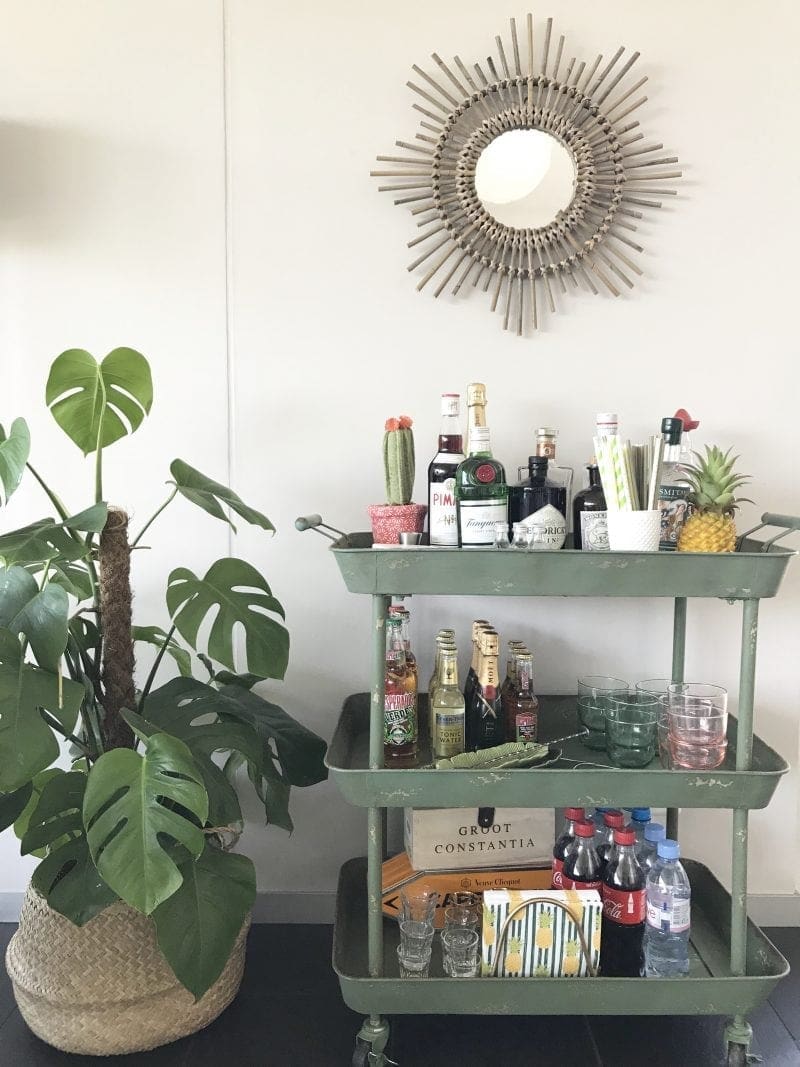 GET READY TO GO For the Dining Room, I actually didn’t make any changes, I just removed the rug (as I decided there were already two large rugs going on in this space, so it went down to the study). We had the electrician in to replace the lights in the whole house with cheaper light fittings. The idea being that there will be one less thing to do when we move thereby cutting down the time for the move and allowing the tenants to move in as quick as possible. Plus this helps to spead the cost of moving over many months; and for the light fittings that I am keeping, these can already go up in the new house when those electrcians are on site so I don’t need to call them back at an additional cost. 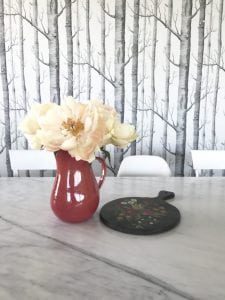 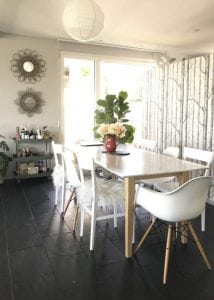